I Lost 120 Pounds, and I Didn't Need to Exercise to Do It 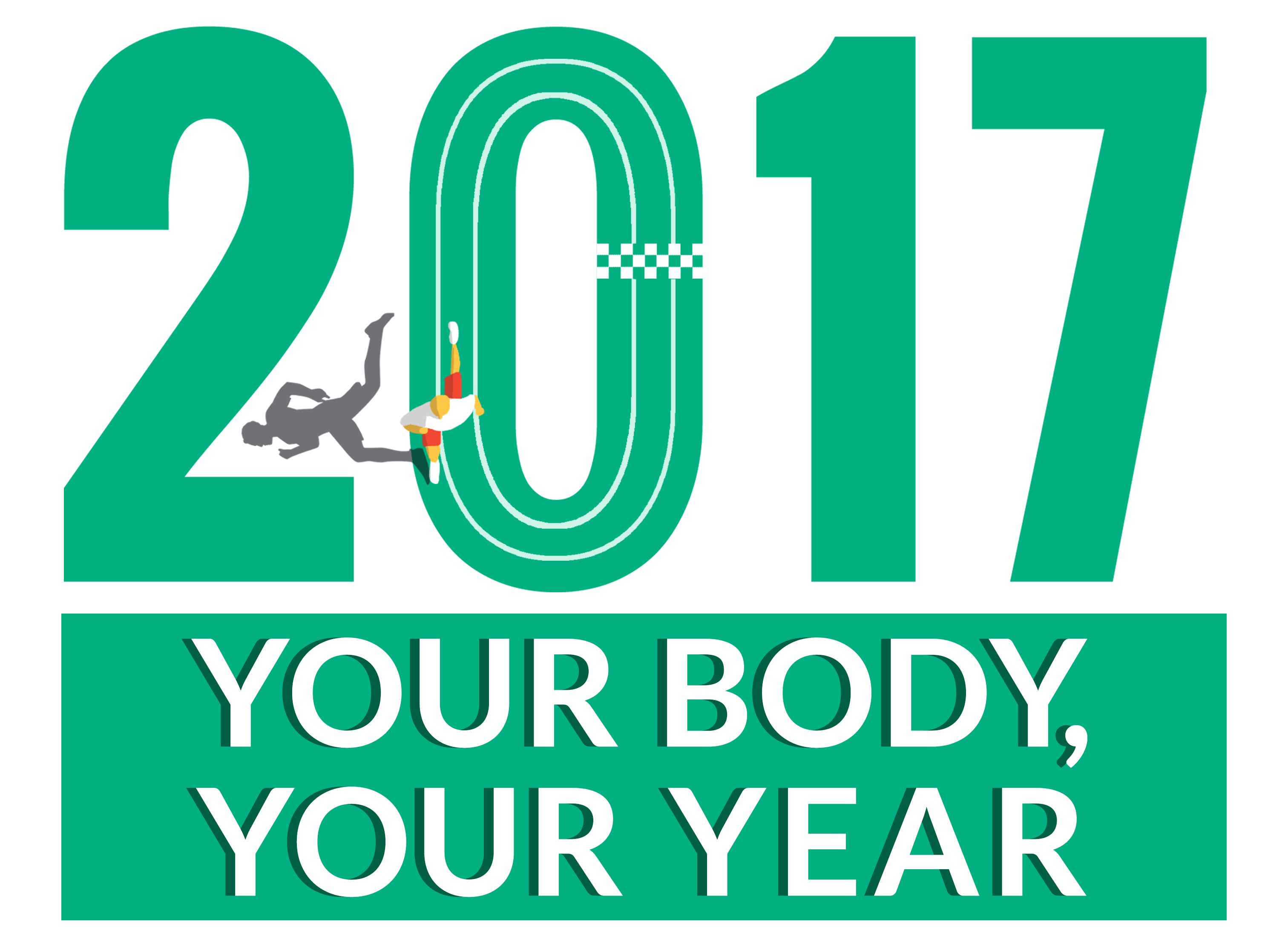 I was the fat kid my whole life.

I hoovered down food like it was my job: no leftovers were safe, no refrigerator left unraided, no pantry unplundered. I was an active kid involved in hockey, soccer, basketball, karate, and football, but no amount of athletics kept the weight off, because I ate whatever was put in front of me and developed a raging sweet tooth.

I wore a T-shirt when I went to the pool. Yeah, I was that kid.

You all knew me, or maybe you were me. Fat and jolly with plenty of friends, but always the fat kid. I know, because I was constantly told how fat I was. Growing up, I learned to hate my body.

In high school, I spent a lot of time in the weight room. Still no matter, still fat. In college, I drank like Tara Reid. That just packed on the pounds, and I went as high as 360lbs. Post-college, the drinking slowed, then almost completely stopped, and I no longer slammed junk food in a drunken stupor before passing out. Some weight came off, but not much. I was 340lbs and figured I always would be.

"Sugar was my best friend"

For several years, I hovered around 340lbs, and it took a toll on my health. I was tired a lot, and when I got sick, I stayed sick. Stairs, my nemesis, winded me and hurt my knees. I worried about diabetes and heart disease. At parties, I felt it was my job to sample everything. That's what a fat person does, I thought. Tradition for me was going out to eat and mowing down as much pre-dinner bread as possible.

One night I fleeced the fine folks at Olive Garden to the tune of 17.5 breadsticks, pre-dinner. That half breadstick went uneaten not because I got full, but because I was a kind and generous chunker, allowing my brother to have half of one. I then ate a full pasta dinner. I was a sweaty monster.

But traditions don't have to last -- Adam Sandler was once funny. I was a man eating "manly" fried foods of bread and red meat. "Moderation" wasn't in my vocabulary; Fat Rich thought healthy, whole foods were for dorks who enjoyed eating cardboard. Sugar was my best friend, there for me in sadness, but also as a reward after victories.

I still felt like shit, still hated my body, still felt tired like a bad metaphor joke. My long-term health worried me. So I made a few small changes: I started walking places, and made the Herculean effort of stopping myself after two plates of food. Crazy, I know! My weight dropped closer to 300lbs and stayed there for some time. In denial, I thought, Hey, 300lbs is OK, I'm just a naturally big guy. I didn't realize how unhealthy I was until I had lost 75lbs and kept losing weight.

Motivating myself to lose weight by dreaming of having bulging biceps and six-pack abs never worked. It seemed too lofty a goal -- I would never look like a dude starring in a summer blockbuster, or even an extra in an Under Armour commercial. Go figure, focusing on the aesthetic was all wrong.

One day, it clicked for me: I stopped thinking about what I wanted to look like, and instead focused on how I wanted to feel. Having a healthy inside became the goal, rather than a Joe Manganiello exterior.

It sounds simple, but it had a profound effect by shifting the focus from an impossible goal to a result in the not-distant future. Unhealthy food moved from a pleasurable temptation I denied myself, to a cause that produced a negative internal result. Turning my mind from the process of "I can't have that," to "I can have that, but I don't want it," was the engine that powered me through the plateau.

What I did to make it happen

First, I cut out soda. Then, over time, I removed as much processed, sugary foods as possible. Allowing myself one slice of cake or a cookie at parties kept my sanity. I stopped asking for more free bread. Over time the weight began to drop.

Mine was a slow process with many hiccups, and it certainly wasn't easy. I knew I was an addict, so I had to think like one. A trick I still use is to make my own trail mix with lots of nuts, seeds, and a small amount of dried fruit (not chocolate). Chia seeds stick to raisins, pro tip. Avoiding my favorite candy aisles made me feel like a 5-year-old junkie, but feeling that foolish made me realize how foolish junk food is in general.

The hardest times are when you're not in control of the food selection, like work functions, family parties, or going out with friends. A combination of planning ahead (trail mix) and white knuckles gets me through. No one touches the vegetable tray, so there's plenty to eat. No matter how much support you have, temptation will always be there, so being able to recover from bad days is key to moving forward. I always tried not to let one bad day turn into two. Because you know the bad days will come.

"Somehow, I managed not to lose my mind or punch any kittens."

As I grew more serious, I focused on eating whole foods. Things humans should eat, which meant actual food, not food-like products. I went a whole month, cold turkey, with no sugar. Somehow, I managed not to lose my mind or punch any kittens. My willpower surged as my weight nosedived. The more whole foods I ate, the faster I lost weight. Before I knew it, I was 275lbs, then 250lbs, and finally 230lbs. Free from the chains of chunkiness and see-through swimming shirts at last! Now, I plow through kale, chia, quinoa, almonds, and cashews.

Between May 2014 and August 2015 I lost approximately 70lbs and I never once entered a gym. It was all diet. For me it felt like I had a video-game cheat code. Unless you're willing to train like Michael Phelps, it's impossible to outwork a bad diet. In July 2015 I bought a bike, but it didn't help me lose any weight. Riding it to work daily did give me some sexy thighs, however.

Typically, I don't count calories. I learned that 100 calories from sugar-laden candy is not equivalent to 100 calories from eating apples. Plus, it's hard to track how many you're burning in the first place. So what's a full-figured guy to do? Easy. The only thing I look for on nutrition labels is sugar and carb content. Be wary of eating anything with more than 10g of sugar. More than 15g? Put that pile of diabetes back on the shelf, quick!

What I gained when I lost

For one, I gained a whole new wardrobe. A jaw line, for another. My self-confidence soared, not just because I looked better, but mainly because I showed myself I could do the impossible. I had been the fat kid my whole life. But in no way was I required to remain the fat kid for the rest of my life.

Nowadays, when I go to the pool, I'm OK taking off my shirt. I gained comfort in my own body. I save money by not wasting it on Tums or buying overpriced, processed foods that leave me sluggish and hungry two hours later. My knees don't hurt walking up stairs, I'm not sweating in 60-degree weather, and I'm not breaking, on average, one out of five chairs I sit in. Jumping and running are no longer awful or impossible tasks. I don't hear myself breathing all day long. No longer waking up feeling tired is the best feeling. Actually, upping my chances of having a longer life feels even better.

You are what you eat isn't just a saying

In my experience of losing over 120lbs, I found that most food marketed as health food really isn't. Low-fat food usually means high-sugar food. Whole grains, vegetables, fruits, and lean meats don't need campaigns to tell us they're best for us; everyone already knows this. Ad campaigns distract with beautiful people saying "healthy" this or "fewer calories" that. We're tricked into believing manly men eat red meat and potatoes and womanly women eat chocolate or "low-fat" whatever.

You shouldn't have to base your femininity or masculinity on something as silly as eating red meat and cupcakes. Skinny Rich now thinks junk food is for weirdos who like eating out of cardboard boxes. Simply put: good in gets good out. If I can do it, anyone can.

Rich Williams is a comedian and writer living and losing weight in Chicago.
Our Newsletter