This Real-Life Bionic Arm Is Named After Luke Skywalker

Losing limbs in light-saber fights is a common occurrence in the Star Wars films, and the Jedi doctors have bionics down.

But for the 2 million people in the US who've had amputations -- about half due to vascular diseases like diabetes, and about half due to trauma -- it's been much tougher. In fact, most veterans who have lost a hand or arm still use the classic prosthetic hook. It hasn't changed too much since its development circa the Civil War era, yet until now the hook has simply been the most practical option out there.

Technology has come a long way since the hook, and the Luke Arm (named after Luke Skywalker, of course) is an incredibly advanced bionic arm for amputees that's about to hit the market. We talked to one of the developers to find out how the magic happened. 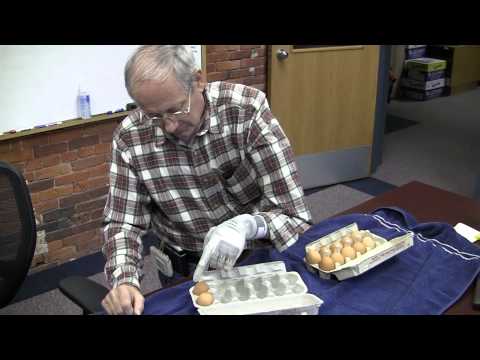 Putting some moola into the problem

A decade ago, the military's Defense Advanced Research Projects Agency (DARPA) decided it was about time to improve the situation for veterans who have lost a limb -- or more than one limb -- during service and launched a program called Revolutionizing Prosthetics.

One of their first orders of business was allocating 40 million bucks to improve on the Captain Hook solution. In a TED Talk, inventor and founder of DEKA Research, Dean Kamen, described the pie-in-the-sky request that DARPA came to him with back in 2006: "Something that we can put on these kids (who come back from military service having lost an arm) so that they can pick up a raisin and grape off a table, put it jn their mouth… and be able to know the difference without looking at it."

Kamen proceeded to tell them that they were off their rockers, and that's how the project started. 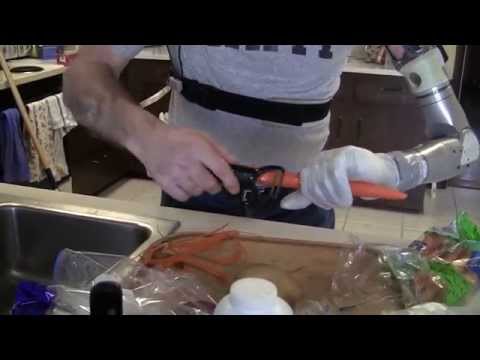 The result, after several years, was the Luke Arm

Dean Kamen assembled an all-star team of mechanical engineers, electrical engineers, software engineers, and clinical researchers, and they got to work. For eight years, they put their heads together to come up with something pretty darn cool: the Luke Arm, which comes in three configurations -- depending on how much of his or her arm an amputee has lost -- and is powered by little motors to move and rotate flexibly at a bunch of different points including the shoulder, elbow, and wrist.

Of course, the fingers also had to be really agile to make the grape scenario work without turning every casual snack into an impromptu jelly-making session. The team solved the puzzle by pre-programming the arm with different grip patterns that you'd use in regular life (think picking up a beer bottle versus holding a spoon to eat your cereal). By cycling through these grip options, the user can apply the appropriate amount of strength to various objects.

Fine grip control is nice and all, but does the arm also have super strength? That wasn't really the point, though it would've been cool -- the arm does allow the user to lift heavier objects, just not something like a car or a bank vault.

So how does this arm work?

The best comparison would be that it's like playing a hybrid video game that both detects your body's motion and uses a standard controller, too -- sort of like a Wii. "The arm is controlled by industry-standard sensors that prosthetists call EMG electrodes," explains Tom Doyon, a lead electrical engineer and project manager at DEKA Research who worked on the arm throughout its development. These sit near the muscles just above the place where the Luke Arm is attached, so that they can read the movements the person using the arm is initiating from that part of his or her body. The bionic arm works with your actual muscles, in other words, so that it turns when you turn.

But that's not all. "We also developed foot controls, where you wear a tiny sensor on the top of your foot so that you can control the arm from your feet as an optional input device," Doyon says. "You use your feet to tilt either left or right or forward or backward to control different aspects of the arm by moving your feet like a joystick."

These electrode and foot controls can be mixed and matched -- a "whatever works for you" kind of deal. "It's up to the prosthetist and the amputee to come up with the best mix of input methods to control the arm," Doyon adds. "We provide the most flexible system for them to work together to find out which control method works for each individual person." Crazy cool.

Amputees say it works, and it's about to become available

After DEKA and the Veterans Administration conducted a bunch of lab and home studies where nearly 100 amputees tested the Luke Arm in their daily lives, doing normal activities like eating, writing, turning pages, the invention accumulated over 11,000 hours of use and won FDA approval in 2014. DEKA got busy figuring out how to manufacture it at a non-ridiculous cost, and finally announced the commercial release of the arm this summer.

"They're currently working on final pricing and reimbursement strategies, and ways that people can pay for it," Doyon explains, no small feat for a device that took nearly a decade and $40 million to create. The idea is that funding will be available through different programs, depending on an amputee's situation. "It's not exclusively for veterans, it's for all amputees," he says, though it would obviously be nicer if so many veterans didn't need a bionic arm in the first place. "The team is very excited about designing something that can benefit this group of people that really needs to have such a technological advancement in this area."

Only 36 years after Luke Skywalker got his state-of-the-art prosthetic, the real world is catching up.

Marina Komarovsky is a writer who never thought she'd be talking to DARPA about bionic arms, but here she is. Follow her @marikomarovsky.