Anyone who cares about your well-being will tell you the same thing: sleep is healthy and you should get more of it. It gives your immune system a fighting chance, makes you less of an asshole, and keeps you beautiful.

But recent research shows that your sleep habits also leave a tangible impression on how your brain forms memories, specifically through signals scientists call "sleep spindles," or "Princess Leia brainwaves." They knit your memories together like a Jedi Mind Trick.

"You take in all this sensory experience during your day," says Lyle Muller, a researcher at the Salk Institute’s Computational Neurobiology Laboratory. "Somehow, your brain decides to save the memory for long-term storage."

Doing that is tricky, thanks to the complexities of your brain -- a mess of signals firing bits of information at each other several times a second, in visual, auditory, olfactory, emotional, or any other category you're capable of perceiving.

Sleep spindles help consolidate that information into memories you can recall, and they look like rotating buns moving across your cortex, which is why they're named after Princess Leia. Terrence Sejnowski, a theoretical neuroscientist one of the pioneers who began studying them decades ago, coined the phrase, and led this latest study. "When he saw the movie, he immediately said, 'We're calling them Princess Leia waves,'" Muller says.

Your brain turns into a very different beast when you sleep

You wake up, you brush your teeth, you get yelled at by your boss, you find $20 on the ground, somewhere in the mix you make a decision about what to eat for lunch, then you go to bed again. The following morning, do you remember everything that happened minute by minute? Of course not, because your brain sorted through all that before during a less stressful time -- in your sleep.

"During the awake activity, you can imagine it's like everyone's talking in a big room of people. You hear this big din of noise," Muller says. Brain activity in the waking hours juggles lots of different emotions and stimuli, no matter how zen and focused you are. "During sleep, all the neurons get together and they shout all at once."

That "loud," focused appearance of brain activity is pretty unmistakable, so much so that sleep spindles were among the first brainwaves ever detected by the electroencephalogram (the EEG -- the thing with the flat metal discs that they stick onto mental patients' heads in the movies) when it was invented in the 1920s.

"Right when subjects go to sleep, [scientists] see is this 11-15hz -- that means that it happens 15 times a second -- oscillation or rhythm in the EEG in the lightest stages of sleep," Muller says. "It's really, really strong, compared to the rest of brain activity. It's quite a big rhythm." Sejnowski described the discovery of their scale and speed as "unprecedented." 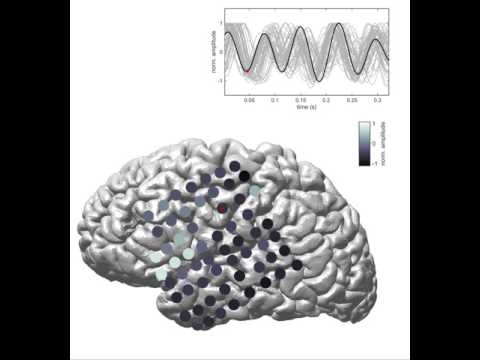 These brainwaves help you organize all kinds of memories, both good and bad

The idea that sleep spindles relate to memories has been around since the '70s, and the notion that increased sleep can improve your memory has been around for a lot longer. But only recently have scientists like Muller, Sejnowski, and their contemporaries been able to relate sleep spindles with the process of memory consolidation.

One study, which looked at how sleep spindles responded to the drug Ambien, was able to show that increased sleep spindle activity resulted in increased ability to recall memorized information. "They showed that there was predictive power there," says Muller, who was not involved with the study but who used it in his own research. "It was as close to a causal test as we could get in a human subject." In other words, scientists could predict how much a person would have memorized in the morning just by looking at their sleep spindle activity.

It also showed that sleep spindles specifically helped consolidate emotional memory related to negative feelings. It was previously thought that your deep sleep, the stage associated with rapid-eye movement (REM) was more closely associated with emotional memory. Even Sara C. Mednick, professor of psychology at UC Riverside and the person who led that study, admitted that wasn't supposed to happen.

"I was surprised by the specificity of the results, that the emotional memory improvement was specifically for the negative and high-arousal memories, and the ramifications of these results for people with anxiety disorders and PTSD," Mednick explained at the time. "These are people who already have heightened memory for negative and high-arousal memories. Sleep drugs might be improving their memories for things they don’t want to remember."

While Mednick's study focused on drug therapy, however, Muller and Sejnowski's took a systemic view on how sleep spindles work, and using new state-of-the-art brain-monitoring technology, were able to observe a more thorough view of sleep spindle patterns than ever before.

"You see a flow of activity going counter-clockwise over and over," Muller says. "That flow of activity flows at the exact speed that it takes to communicate from one point in the cortex to another by the wires, or the axons, between neurons."

So, different parts of your brain are communicating with each other, in highly concentrated ways throughout the night, as much as 15 times per second. Muller cautions that they need to continue doing more research, but: "We think we've found the way that neurons in auditory cortex can talk to neurons in visual cortex and link up all those pieces of information they've acquired during the day via this rotating wave of activity."

The more we know about that wave, the more we can harness it

Remember Eternal Sunshine of the Spotless Mind? It's all about editing out your memories to remove unpleasantness of a bad relationship. Ultimately it doesn't work, but that hasn't stopped it from being a very serious topic of conversation among neuroscientists.

Muller doesn't go quite that far, but the more we learn about how sleep spindles interact with the different parts of our brains, he says, the closer we can get to helping people with disorders or traumas that sleep spindles help them vividly remember.

"If we can understand how that [memory consolidation] process happens," he says, "we can start to think about interventions to interrupt that process." That can mean drug treatments or it can mean a "systems-level therapy" -- something that interacts directly with the brain processes behind the sleep spindles.

It's not just limited to PTSD or other trauma, either, but schizophrenia and other psychological disorders that typically result in reduced or irregular sleep spindle density in patients.

So is this evidence that the Force flows through all of us?

You could also argue that the neurobiological effect of this type of synaptic activity is a bit Jedi-like in itself. They act as a conduit between different parts of your brain that otherwise wouldn't communicate with each other, giving you and everyone around you a more complete, clear-headed picture of your own life experiences.

Just think about how Obi-Wan Kenobi described the Force in the very first Star Wars: "It’s an energy field created by all living things. It surrounds us and penetrates us; it binds the galaxy together."

Replace "galaxy" with "brain" and it's not so far off from what sleep spindles do for ordinary people. And given how important memory and nostalgia are to the Star Wars series, it's an apt comparison and one Carrie Fisher -- outspoken champion of mental health -- might even be proud of if she were alive today.

Eric Vilas-Boas is a writer and editor at Thrillist who is obsessed with sleep, Star Wars, Carrie Fisher, and anything to do with brains, because -- yes -- he is a 12-year-old. Follow him @e_vb_.