We Amsterdammers definitely speak our own language -- and we aren’t talking about Dutch (or the preferred Amsterdam version: Nederglish). There’s stuff you’ll overhear on the Amsterdam tram that you’d never hear in any other capital city in the world. And it won’t even turn a head. We also tend to talk about bikes. A lot. Anyways, here’s a list of phrases that we almost too casually blurt out on a daily basis that definitely make outsiders think we’re the weird ones.

Seriously, you’re going to hear this a whole lot more here than in other cities.

"I only fell in a canal that one time!"

The other times I jumped in. And regretted it.

“Congratulations on your mother’s/brother’s/boyfriend’s/cousin’s birthday!”

"You can ride on the back of my bike... IF you buy me a drink when we get there."

Achteropzitten and -rijden are the first skills they train at the airport upon arrival.

It translates to something along the lines of “oldie,” but just toss it at the end of every third sentence in a friendly conversation to prove your local status and fondness of the person you’re speaking to.

“That shirt looks bad on you.”

We don’t sugarcoat it. 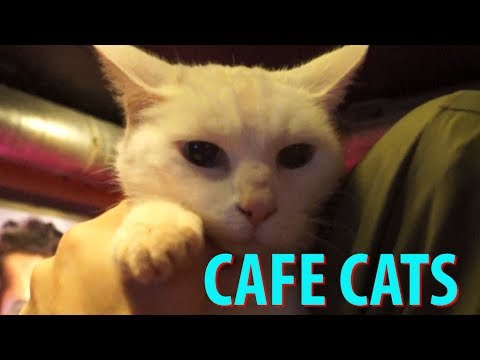 "I borrowed this cat from the café to solve my mouse problem."

The struggle is real. Luckily, so is the overabundance of the local cat population.

If you don’t know what this means, the correct answer is a resounding no.

"There's a stand-up storytelling jam session at the former squat tonight, followed by a gin and kale tasting."

Let’s do it. As long as we can convince ourselves it’s healthy and helping someone…

You know you just heard the exact tone in your head, and wondered for a moment why you were in trouble.

"My bike got stolen from the bike boat. Again."

And let’s just pretend it’s not like that even without babies.

Nederlanders have perfected the art of the sigh.

“It’s going to be an American-style party.”

Meaning: bring your own booze.

“Delicious sunshine!” Only uttered about three weeks per year, but a true Amsterdammer will immediately perk up when this is said, even if it’s a lie.

"The wind blew me off the bike path."

Most useful when overheard from a man pushing 100 kg. No need to check your phone’s weather app: today is a tram day.

“I got it at the corner toko.”

The answer to the origin of all of the most delicious and unexpected food items in your friend’s house.

“Just act normal,” tossed off with an eye-rolling dose of disdain, is supposed to calm even the most savage of Amsterdam’s “aso” (“a-social,” though its similarity to another A-word is completely appropriate) populace.

“Oh, you live in the Bijlmer/Osdorp/on IJburg? I just remembered I’m busy that night. I have to, um... wash my windows.”

Anywhere that requires you to bike more than 30 minutes is too far (but seriously, you know the neighbors are judging you for not hiring the same window washer as the rest of the block anyway).

“Let’s go skating on the canals!”

“Let’s go party for a weekend in Berlin.”

Amsterdam has a serious crush.

“Why would I care if the neighbor saw me naked?”

From all the couples who refuse to close their curtains. And to anyone who likes the sauna, they have a point.

"That coffeeshop cat is super-cute, and the vagrant who sold us the bike is super-nice."

Adding “super” to adjectives doesn’t make people start to see our drug culture as normal. And, dude, don’t buy “junkie” bikes, however nice the man selling it is.

Elysia Brenner is a freelance writer, editor, and translator in Amsterdam.