18 Things the World Can Thank Florida For

The jokes are getting a little old. Florida man this. Florida woman that. We get it. This state is a little weird. But when you're dealing with alligators invading swimming pools or 900lb pythons, you're going to attract a strange crowd.

However, beyond our weirdness, there’s a lot the world can thank Florida for. In his new book, Oh, Florida, How America’s Weirdest State Influences the Rest of the Country, Craig Pittman, lifelong Floridian and chronicler of the bizarre, educates us on a slew of contributions we’ve made to human history. For example, Amazon Prime. Or the Endangered Species Act. Or, most importantly for a lot of Floridians, public defenders. So go ahead and thank the Sunshine State for those, and these 15 other things the world would not have if it weren’t for Florida.

John Muir is largely credited with being the father of the modern environmental movement. But had he not gotten bitten by a nasty mosquito on a trip to Florida, it might never have happened. Muir was here trekking from Fernandina Beach to Cedar Key when he was bitten by a mosquito and -- as many did in 1867 Florida -- contracted malaria. While recuperating and working at a pencil factory, he came to a great realization. “Man claimed that Earth was made for him, and I was going to say that venomous beats, thorny plants, and deadly diseases… prove the whole world was not made for him.” So, basically, the unpleasantness that was Florida made him realize there are places that should be left alone, and Muir set out to protect them. His work ultimately convinced Teddy Roosevelt to move towards establishing our National Parks.

We all know that UF’s greatest contribution to society is a high-sugar drink that makes everyone but athletes obese and not hungover anymore. FSU’s greatest contribution? Running naked across campus, of course. The first incidence of baring all to protest… something… happened at Florida State’s Landis Green in 1973, and when UPI picked up the pictures, the fad spread quickly throughout the nation.

Anyone who grew up in South Dade knows Amazon founder Jeff Bezos is a product of Miami Palmetto Senior High School (Panther Pride!). But the computers that allow him to make his corporate billions are thanks to a guy named John Atanasoff. Atanasoff grew up as the son of an engineer at a Polk County phosphate mine, and the slide rule blew his mind so much he decided to get a degree in electrical engineering from UF in 1926. Flash forward 15 years, and he’s got a job as a professor at University of Iowa, and invents the first working computer in 1941.

Cameras in the courtroom

If you’re old enough to remember spending an entire summer watching the OJ trial, you can thank Florida. The trial of some corrupt Miami Beach cops in 1977 was televised, and after the police were convicted, their attorney blamed the conviction on... television. He appealed all the way to the U.S. Supreme Court, which in 1981 ruled that cameras in state courts were absolutely permissible -- in the interest of the public having a greater knowledge of how the justice system works.

Nathaniel Reed grew up on Jupiter Island, and his love of its nature led him to lead the charge to block a jetport that was planned for the Big Cypress preserve. He went on to fight for greater protection for plants and animals that were nearly extinct, meeting with his cohorts in a South Florida Chinese restaurant. Ultimately, their plans became the Endangered Species Act of 1973, and among the first species protected were the Florida panther, manatees, and alligators.

Since those Woodward and Bernstein guys got a whole movie made about them, people tend to forget the contribution of Martin Dardis. Much like every scandal ever, Watergate had a big-time Florida connection: the burglars who broke in were, of course, from Miami. Dardis, a state attorney’s investigator, traced money from the burglars back to Richard Nixon’s re-election campaign. Assuming they weren’t just poorly paid staffers who had to supplement their income with break-ins, he ultimately uncovered much of the stuff those Washington Post reporters later broke.

No huge shock that the concept of a mid-semester bacchanal of booze and bathing suits started here. Around Christmas of 1935, the Colgate University swim team came to Ft. Lauderdale for a meet. When they got back, they couldn’t shut up about the beautiful beaches and warm weather, and planned a return trip for spring. This practice spread to other schools, and eventually the parties spread to other parts of Florida. Now our state is synonymous with spring break, even if most of our beach cities don’t even want it.

J. Emory “Red” Cross was a Florida state senator in the 1960s who was appalled by the numbers of secret backroom meetings taking place in Tallahassee. He set out with UF journalism professor Buddy Davis to create a law that required all government meetings and records to be made public. It ultimately became known as the Sunshine Law and has become the model for open-government laws nationwide. It’s also why everyone in the country gets to read our craziest police reports.

In 1930, mechanic Bill France took a break from his drive from Washington, DC to Miami in Daytona Beach, and never left. He opened a car repair shop and spent his spare time modifying cars to make them faster. By the mid-1930s, drivers were setting land speed records on the hard-packed sand of Daytona, and Bill -- who was competing in these races on the beach -- was tapped to begin promoting them as spectator events. After turning some tidy profits, he began promoting races in the Carolinas. In 1947 he held a meeting at the Ebony Bar at the Streamline Hotel, where the foundation for a national series of races was mapped out. It would be known as the National Association for Stock Car Automobile Racing. Or, for short, NASCAR.

You know that part of the Miranda rights where they say “if you cannot afford an attorney, one will be appointed to you?” Thanks, Florida! Or more specifically, thanks Clarence Earl Gideon! A drifter and career petty criminal, Gideon, upon his arrest in Panama City for robbing a jukebox, asked the judge to appoint him an attorney. But at the time only people facing capital offenses could obtain court-appointed attorneys, and Gideon was convicted. As luck would have it, his cellmate at Raiford prison was a corrupt ex-judge named Joseph Peel, who helped Gideon craft his appeals all the way to the U.S. Supreme Court. The court ruled that anyone in the U.S. charged with a felony had a right to an attorney, setting a huge legal precedent and ultimately leading to Gideon's acquittal.

Until Broward County Sheriff Nick Navarro -- one of the most shameless self-promoters in law enforcement history -- invited camera crews to ride along with his deputies in the 1980s, the thought of following around regular people with TV cameras and calling it entertainment seemed ridiculous. But the show that resulted -- COPS -- became an international sensation, and paved the way for such cultural advancements as I Didn’t Know I Was Pregnant. Again, you’re welcome.

Grady Norton was an Alabama farmer on vacation in West Palm Beach in 1928, where he found himself at a funeral for some people who’d died in the great hurricane that year. Some attendees were lamenting the fact that if there’d been a way to warn people about the oncoming storm, perhaps this funeral never would have happened. He was so motivated by this concept he devoted his life to predicting hurricanes, and ultimately headed the National Hurricane Center for 20 years, revolutionizing the practice of predicting storms, and lowering the average hurricane death toll from 500 when he took over, to five when he left. One of the men who followed him -- Robert Simpson -- worked with Dade County building engineer Herbert Saffir to develop their namesake scale, rating hurricanes from Category 1 to Category 5.

What would the Hamptons be without the colorful patterned dresses you’ve come to know and love? But did you know those patterns are actually based on orange juice stains from a deranged Palm Beach housewife? It's true. After Lilly married a wealthy newspaper publisher, she had a mental breakdown. Instead of prescribing Xanax like every doctor in PBC does now, her doctor advised her to find something to keep her occupied. So she opened an orange juice stand, but kept spilling on her nice white dress. To hide the stains, she began to design colorful, patterned dresses that could mask a little spilled OJ, and they quickly became all the rage of Palm Beach society women.

No sane person who isn’t a recently fired spy lives in Florida without A/C, right? Or Dubai. Or Arizona. Or pretty much anywhere else that’s oppressively hot and owes its entire existence to artificially cooled air. Well, it was developed here in Florida by Dr. John Gorrie of Apalachicola, who developed the precursor to modern A/C in 1851 as a way to give some relief to his patients with yellow fever and malaria. 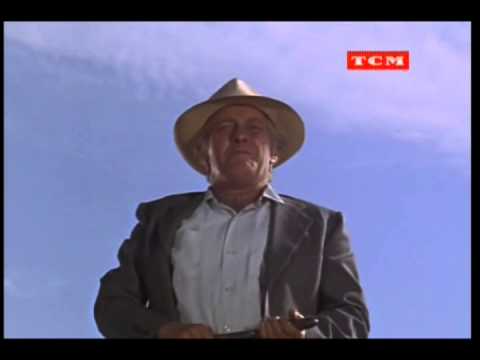 Is it any surprise that the phrase “What we’ve got here is failure to communicate” is somehow based on Florida? Of course not. But the movie that made Paul Newman famous for stuffing himself with eggs was based on a book by Donn Pearce about his time at Tavares Road state prison.

The paper that introduced the world to the infographic actually began in Cocoa Beach as Cocoa Today in 1966. Founder Al Neuharth, formerly of the Miami Herald, wanted to make a newspaper that was “breezy in content and appearance” for busy NASA workers in the area. He put Saturn rings around the “o” in Today, and the precursor for America’s most popular newspaper was born. It later became Florida Today, and in 1982 Neuharth unveiled USA Today. The short articles and numerous lists and infographics set the tone for how news would be consumed. Look no further than the internet for proof of that.

Of course, USA Today wasn’t the worst newspaper to come out of Florida. That distinction belongs to the infamous National Enquirer, and its black-and-white stepchild the Weekly World News, both based out of Lantana. Though tabloids were nothing new, seeing them every time you waited for an old lady to write a check for cat food was. Founder Generoso Pope, Jr. realized he had a captive audience on grocery store lines, and made deals with the supermarkets to place his tabloids at eye level at the check stand. To this day we’re greeted with the latest on B-list celebrity sexcapades every time we go for a Pub Sub.

Bad food and large bosoms seems like a pretty logical recipe for a successful restaurant today. But until a group of Clearwater businessmen thought of putting young women in tiny orange shorts and tank tops to make everyone forget how bad their food was, it hadn’t been done. More than four hundred restaurants in 27 countries later, Hooters has launched an entire genre of restaurants -- the only one in America today that is consistently profitable. You’re welcome, America. You’re freaking welcome.

Matt Meltzer is a staff writer at Thrillist who can thank Florida for that summer he spent working at Hooters. Follow him on Instagram @meltrez1.