So... 'Bob's Burgers' Was Supposed to Be About Cannibals 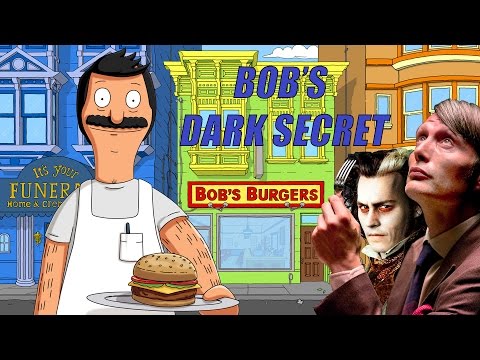 In the original pitch, the Belchers were cannibals who served punny burgers made of human flesh.

When they pitched it, Fox liked the show, but had no interest in the part about the family being cannibals, Bouchard said.

Very early on, [Fox] said, "Well, do you need the cannibalism?" I had really put it in there because I thought they would want it. I'm coming off of working for Adult Swim, and the darker, more shocking aspect seemed like what you needed in order for an animated idea to cut through the noise

As outlined in the video above, the show would have been very different. However, a few holdovers from the original concept remained. For instance, "Human Flesh," the pilot episode, had the Belchers get a health inspection from Linda's old flame Hugo, who suspects that there's human flesh in the burgers.

That episode also features them grinding meat in the basement, a bit like how Sweeney Todd deposited bodies in the basement of his barbershop for Mrs. Lovett's meat pies. The episode also introduces Mort the mortician who owns a funeral home next door. That would be an easy source of "ingredients" for the cannibal burger shop. If not Mort's dead bodies, then maybe their need for people meat is the reason that the business to the right of the store in the opening credits changes every episode.

While the Silence of the Lambs version of the show sounds entertaining and dark, if not a little tough to keep going (how many cannibal jokes before you go back to BoJack Horseman?), it's probably for the best that the show didn't go in that direction. This ranking of every burger special (or the cookbook for those burgers) would feel kind of wrong if they were supposed to be made a la Soylent Green.

For more early Bob's Burgers oddities, watch the original pilot for "Human Flesh" below, featuring a Belcher boy named Daniel (who later became Tina), Bob not wearing a shirt, and an animation style a little closer to Bouchard's early work on Dr. Katz and Home Movies.

Dustin Nelson is a News Writer with Thrillist. He'd like to think he's a Gene, but he's really more of a Regular Sized Rudy. Follow him @dlukenelson.