Ander Christensen had a vision of a better, "wet tenders" world. Hooters is not pleased. 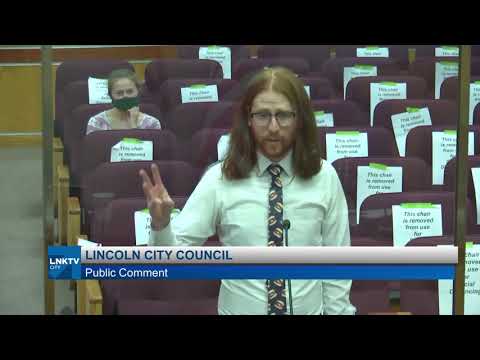 "I'm Ander Christensen," said a Nebraska legend who stood before the Lincoln city council on August 31. "We have been casually ignoring a problem that has gotten so out of control."

This problem was... boneless chicken wings.

Christensen posited that boneless chicken wings should be included in the conversation about chicken tenders, and that the city should "remove the name boneless wings from our menus and from our hearts" because it causes harm and confusion.

"I go into nice family restaurants and see people throwing this name around and pretending as though everything is just fine," he said. Christensen's plea caused immediate brouhaha -- a person off-screen burst out laughing. A woman in-frame, previously bemused, began to smize, then chortle.

Think of the children, he argued, referencing how kids are raised completely unaware of the words they are using. He also brought up two logical fallacies in the pro-boneless argument.

"Number one, nothing about boneless chicken wings actually come from the wing of a chicken. We would be disgusted if a butcher was mislabeling their cuts of meats, but then we go around pretending as though the breast of a chicken is its wing?"

Christensen suggested the name be changed to “Buffalo-style chicken tenders,” “wet tenders,” “saucy nuggs” or “trash," which apparently pissed off brands like Wingstop, Buffalo Wild Wings, and Hooters, because the three started raging about the situation together on Twitter:

Ruby Anderson is a News Writer at Thrillist. Send your tips to randerson@thrillist.com.