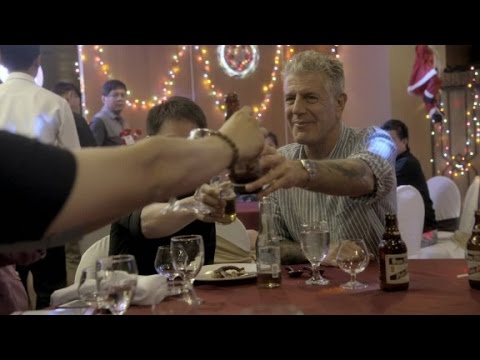 The seventh season of Anthony Bourdain's Parts Unknown doesn't debut until April 24th, but it looks like we can add another entry to the long list of Bourdain's greatest quotes about drinking -- thanks to a newly released trailer for the hit CNN show.

"Since I've arrived in this country, I'm either drinking or hungover," Bourdain says, as if it's surprising, in the 30-second sneak peek. Although you probably won't see an episode featuring Keith Richards just yet, the trailer offers brief glimpses at where the wandering celebrity ex-chef will travel in the new batch of booze-soaked episodes, such as Greece, Germany, Philippines, and Senegal as well as places closer to home like Chicago and Montana. Oh, and did we mention there'll be lots of drinking?

While it's unclear if the new season will include Bourdain's recent stop in Nashville, we're particularly looking forward to seeing Bourdain's brush with the city's famous hot chicken.

Tony Merevick is Cities News Editor at Thrillist and is personally looking forward to the Nashville episode with hot chicken. Send news tips to news@thrillist.com and follow him on Twitter @tonymerevick.