Between the epic return of fire swords, giving the world dragoneering like it's never seen before, and hammering home its best allegory, HBO's seventh season of Game of Thrones looks like it's about to roar to a soaring conclusion this coming Sunday night. Appropriately Arby's -- which could never be accused of shying away from medieval-sized helpings of meat -- is unleashing a special offer at selected locations before the season wraps up: Game of Thrones-style giant turkey legs.

That's right, if you're able to get yourself to any of the nine Arby's locations in major cities below, you too can stuff your face like the Hound. This may even be license to walk up to the cash register to order, dropping yoiur voice down to a low, low register, and (politely) telling the cashier: "I'm going to have to eat every fucking turkey leg in this room." Or something like that. 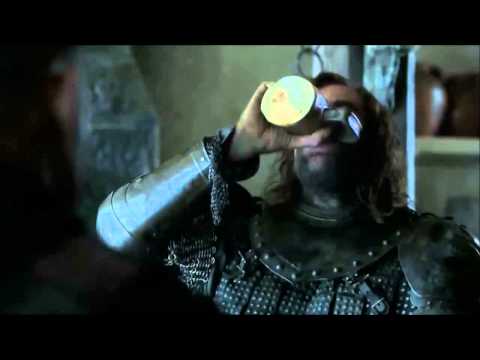 That may sound extreme, but it seems necessary. Per Arby's news release, its new Smoked Turkey Leg menu item "is seasoned with salt and brown sugar, smoked and then slow-roasted to perfection." It will be available in just nine cities across the country (listed below), and is "fit for a king or queen," states the release, which liberally riffs on the medieval speech used in Thrones.

They officially go on sale Sunday, August 27, the same day as the Game of Thrones season finale.

4810 McKnight Rd., Pittsburgh, PA 15237
"A land of powerful rivers, defined by the trident of the Allegheny, Monongahela, and Ohio."

1480 South Colorado Blvd., Denver, CO 80222
"A land of treacherous mountains divided by fertile river valleys with an abundance of stones.