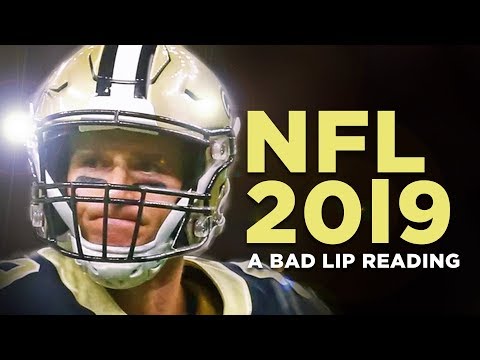 If you've never encountered the series before, "Bad Lip Reading" is a YouTube channel that willfully misreads the lips of people on TV and redubs the video based on those misreadings. Previous installments have included Donald Trump's inauguration, Mark Zuckerberg's congressional testimony, and the Royal Wedding.

Much like last year's NFL-themed "Bad Lip Reading," the video takes you inside the helmets of players to understand exactly what they're saying ... or at least, as close as you're likely to get to the real thing. The video gives you inside knowledge of the game with the revelation of such important aphorisms as, "Humans shouldn't visit the labyrinth." And the inside scoop about the possibility of the NFL moving to a square ball.

Watch the whole video above and learn about Patrick Mahomes fear of water.

Dustin Nelson is a News Writer with Thrillist. Follow him @dlukenelson.
Our Newsletter