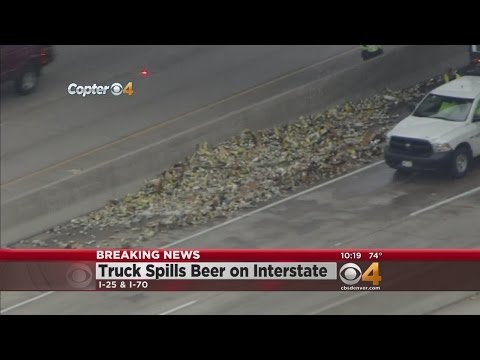 Most of the time, "raining beer" is just something that happens in your thirstiest and wildest dreams. A recent beer truck crash on a Denver highway, however, spectacularly proved "raining beer" can actually happen in real life, too. Really.

A semi-truck hauling beer crashed and overturned on the eastbound ramp of I-70 in Denver late last week, spilling thousands of cans of Miller Genuine Draft onto the highway -- and cars -- below, according to a report by local TV news station, KFOR. The accident snarled evening rush hour traffic, perhaps ironically delaying at least a few people who wanted to get home and have a beer after work. Luckily, nobody was injured in the incident, per the report. But it's probably safe to say hundreds of beers were lost.

A driver on the highway below the ramp captured the massive beer spill on video: 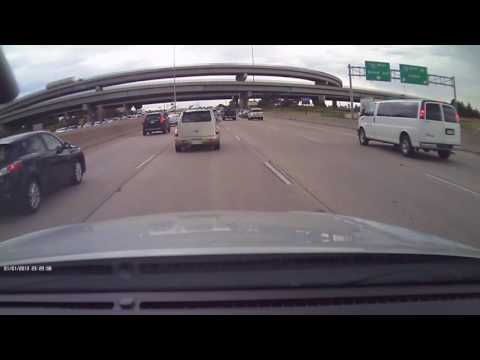 Officials were forced to bus in hundreds of local frat dudes to help salvage, drink, and remove all the fallen beer before reopening the lanes. OK, just kidding -- they actually just brought in a front-end loader to scoop up all the debris and beer cans, unfortunately.

Of course, this is far from the first time we've seen such an accident. Earlier this year, a truck carrying beer and a truck carrying potato chips collided, causing a giant, sudsy mess on a Florida highway. Oh, and don't forget a recent accident that basically turned a New Jersey highway into a giant sandwich.

While we might normally suggest you pour a cold one for all the beer that was lost, it seems like too much beer has already been spilled as it is.

Tony Merevick is Cities News Editor at Thrillist and thinks his dad would have gotten a big kick out of this. Send news tips to news@thrillist.com and follow him on Twitter @tonymerevick.