Spoiler alert: The secret's in the flour.

Ben & Jerry's just took a two-second break from calling for criminal justice reform and the dismantling of white supremacy to pass out a recipe for edible cookie dough bites.

It's been the year of corporate recipe releases. In the past few months, for example, we've been handed recipes for Shake Shack's cheese sauce, Cheesecake Factory's sangria, McDonald's sausage & egg McMuffin, Chipotle's guacamole, Disney's cookie fries, and Ikea's meatballs. Now the ice cream brand of The People is democratizing its cookie dough, too.

Ben & Jerry's takes great pride in its cookie dough. Last year, the company released its bites in the form of packaged "cookie dough chunks," and in June of 2020 the company claimed on Instagram that it "kinda started this whole cookie dough trend," when it introduced the flavor in 1991, a few years after an anonymous fan encouraged the brand to put cookie dough in its vanilla ice cream. 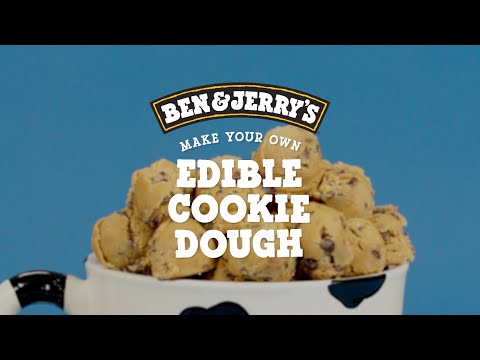 1. First, heat treat the flour to ensure it is safe to eat. (Do not skip this step, untreated flour can contain contaminants and is not safe to eat.) Place the flour in a microwave-safe bowl and microwave on high in 30-second intervals, stirring in between. Use an instant-read thermometer to ensure that the flour reaches 165°F throughout.

2. In a stand mixer or using a hand mixer, beat together the butter and sugar until light and fluffy.

3. Add the vanilla, cream, and salt. Mix to combine. Then add the heat treated flour and mix to incorporate.

4. Fold in the chocolate chips.

5. Serve and enjoy! Store in an airtight container in the refrigerator.

FYI, you can also bake the classic dough from a pint of the original ice cream and enjoy somewhat deflated but (otherwise tasty) homemade cookies.

Ruby Anderson is a News Writer at Thrillist. Send your tips to randerson@thrillist.com.