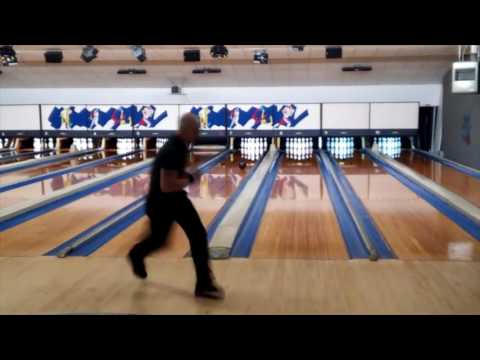 To the surprise of no one, The Big Lebowski said it best: "This is not 'Nam. This is bowling. There are rules." Bowling is set up so that it's not easy to bowl a perfect game, let alone do it without a lot of precision and focus, but one man -- Ben Ketola, 23, of Preble, NY -- pulled it off in 86.9 seconds. That's enough to break a world record.

"It was fun to do. I honestly wasn't expecting to do it," he told M.F. Piraino of Syracuse.com. "I just wanted to see how quickly I could get across the house and get strikes."

Apparently Ketola, an employee at the local bowling alley, was inspired by Tom Daugherty's 2015 video "World's fastest 300 game bowled by Tom Daugherty." It's not an officially recognized record, since there is no speed category recorded the annals of the United States Bowling Congress, but Daugherty apparently pulled off his perfect game in 110.99 seconds. Ketola shaved that time down by 22% and did it while awkwardly running up and down a bowling alley.

Ketola reportedly tried to beat the record before -- attempting it three times on April Fool's Day this year -- but the best he could muster was 11 of 12 strikes in 95 seconds. This week he fared better when a co-worker challenged him to an after-shift attempt. Per Ketola: "I wanted to see how fast I could do it."

The rest is history.

Eric Vilas-Boas is a writer and editor at Thrillist who knows firsthand how cold Syracuse can get and how unforgiving the bowling alley can be. He's impressed. Follow him @e_vb_.
Thrillist TV
History of
The History of Tailgating