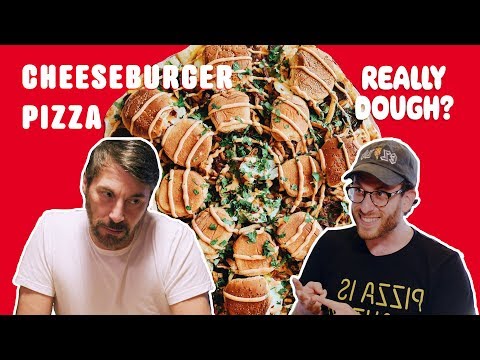 Thrillist
What is pizza? With all of the insane new pies taking over New York and claiming to be pizza, it's about time someone set out mouth-first to investigate and ask Really, Dough? Thrillist's new show follows diehard pizza enthusiast Scott Wiener and hardline pizza purist Mark Iacono of Brooklyn's Lucali pizzeria as they find out what makes or breaks the definition of pizza. New episodes of Really Dough? air every Monday at 2pm ET on YouTube, or you can watch all six episodes now on Amazon Prime. 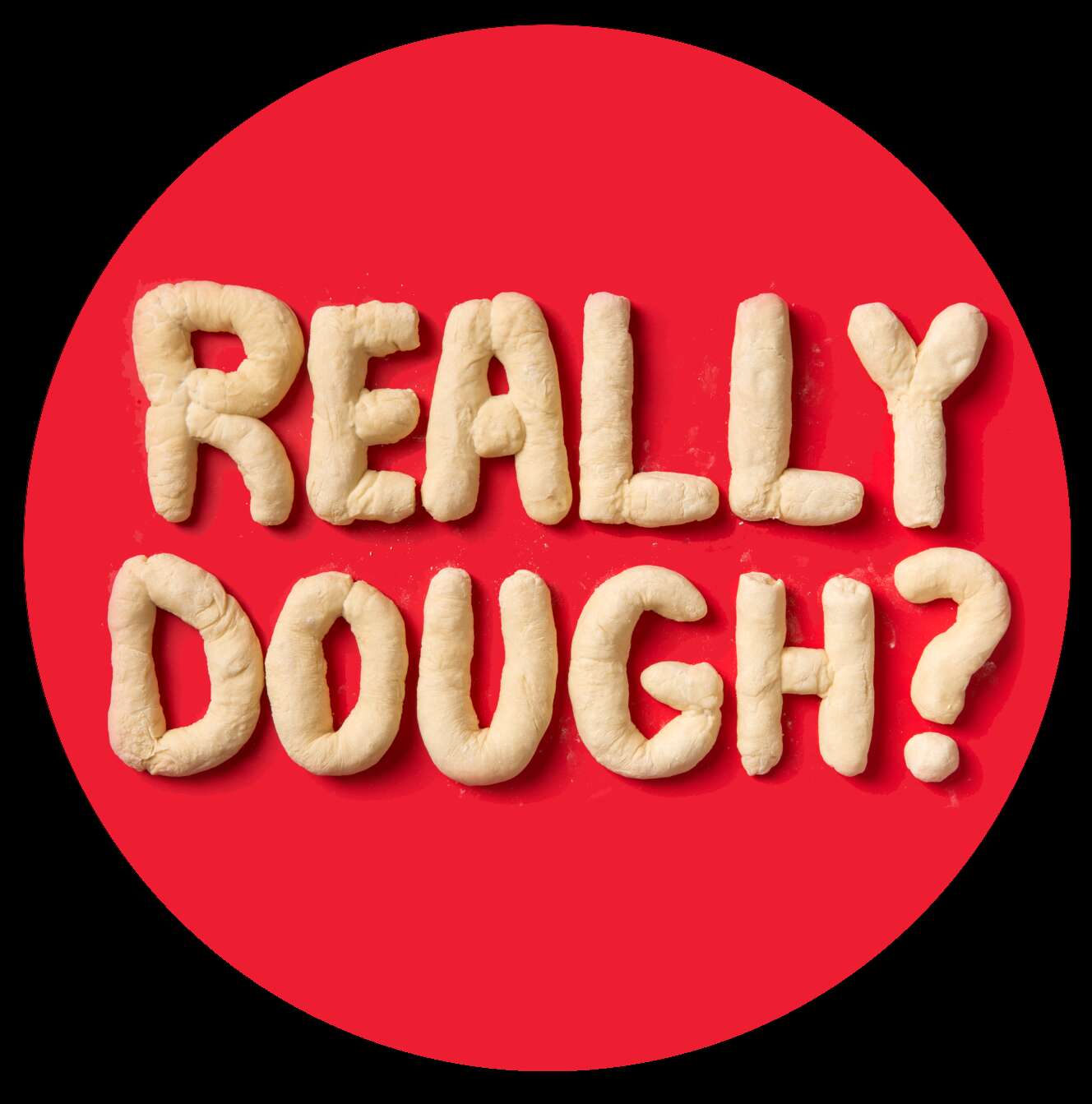 Pizza and cheeseburgers are -- without question -- two of the greatest foods ever to get stuffed into your face, so it only makes sense that these two foods have been combined to form an ultra-delicious hybrid known as Cheeseburger Pizza. But, objective deliciousness aside, when you start adding burger patties, buns, and bacon on top of pizza crust, is the resulting pie technically still a pizza? We took it upon ourselves to find out if a Cheeseburger Pizza can live within the traditional definition of what pizza should be.

In the season finale of Thrillist's new series, Really Dough?, pizza enthusiast Scott Wiener travels to Bayside, Queens to get his hands (and his mouth) on the aforementioned franken-pizza at Krave-It Pizzeria. What comes out of the oven is a beast: a giant three-cheese pie topped with burger patties, buns, French fries, bacon, fried eggs, and even a drizzle of Chipotle sauce for a kick. As Krave-It Founder Vishee Mandahar put it, the Cheeseburger Pizza will start "mind-effin' you" before you even take a bite. Scott finds himself overwhelmed, confused, excited, and, well, hungry.

Scott is literally rendered speechless after taking his first bite. After some processing (and chewing), Scott declares that while the pizza is "over the top," he also says "to me, this is absolutely a pizza." As for what Really Dough? co-host and noted pizza purist Mark Iacono will think about the monstrous cheeseburger-pizza hybrid, Scott and Vishee aren't very confident, given his super-strict, purist belief of what pizza should be: dough, sauce, and cheese -- no exceptions. Scott takes one back to Mark's Brooklyn pizzeria, Lucali, to get his verdict.

Is there anything about Cheeseburger Pizza that will count as a true pizza for Mark? Check out the full episode (shown above) to find out.