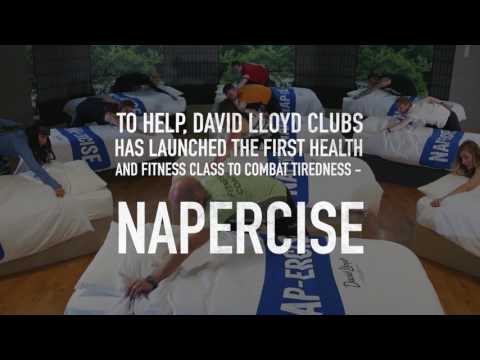 You already know getting enough sleep is crazy important. However, you probably don't feel like you're getting a sufficient amount of sleep. If you're a parent, you're probably getting even less than the too-little sleep your childless cohorts are getting. David Lloyd Clubs, a gym chain in the U.K., notes that a quarter of parents are getting less than five hours of sleep.

The gym is taking steps to correct the problem, as well as showcase the silly ways people spend money. David Lloyd Clubs are launching Napercise, a hour-long class featuring a 45-minute nap with a little stretching afterward.

The class is targeted at parents who don't get enough sleep. In addition to the well-known sleep deprivation of parenthood, they're maybe just desperate enough to take a nap with a bunch of strangers in the middle of the day. Through in free childcare and the gym is going to be overwhelmed by new memberships.

The class starts with a trial run this weekend in Sidcup. The trial is designed to "reinvigorate the mind, the body, and even burn the odd calorie." The gym says if the trial goes well, it will roll the class out to more of its locations.