15 McDonald's Creations So Insane They Had to Die

Running a multinational fast food chain means sometimes your experiments -- be they crazy E.T. knock-off movies or Big Mac-spewing ATM machines -- sometimes don't go quite as expected. It happens. Still, because yesterday's fuck-up makes for today's farce -- and because some of this stuff was actually pretty tasty -- it's worth remembering just where McDonald's chose to course-correct over the years, especially considering Rick and Morty just hysterically called out the company's attempt at Szechuan sauce as a cash grab for Mulan back in the '90s.

Let's dive through more of Mickey D's discontinued menu items and see what we find... 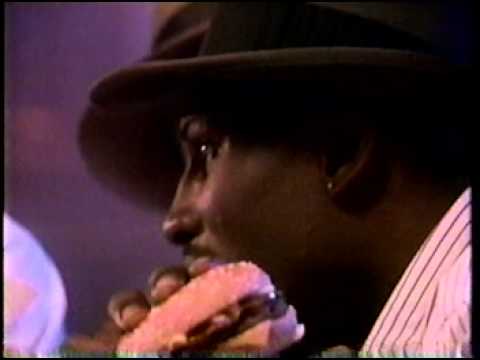 Because you couldn't walk six feet in the early '90s without colliding with an ad featuring Michael Jordan, naturally McDonald's chose to capitalize on His Airness in the form of a sandwich. Called the McJordan, it was topped with bacon and a very special BBQ sauce -- so special, in fact, that a 20-year-old jug of it recently sold for just shy of $10,000. But wait, there's more. When introduced, the sandwich was quite literally a nothingburger originally called the Big 33, intended for Larry Bird. It was renamed for Jordan when Larry Bird wasn't big anymore. Poor Larry Bird. 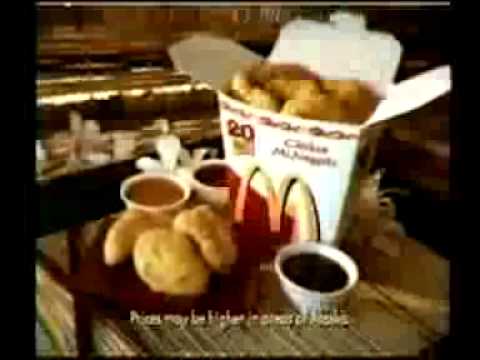 First sold in 1998 as part of a promotion with the Disney film Mulan, McDonald's Szechaun dipping sauce sold with McNuggets found a second cultural life this week after being revealed as the series' primary motivational arc on the Season 3 premiere of the Adult Swim show Rick and Morty. Gotta get that sauce, Morty. 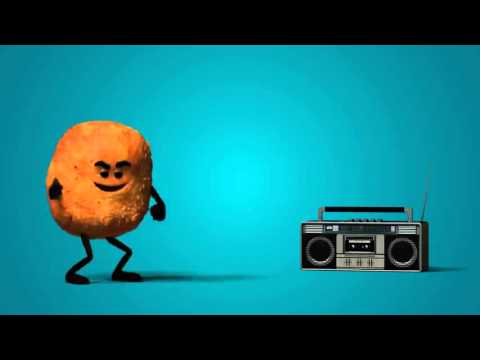 Like the similarly short-lived Chicken McBites, but with by far the worst McDonald's commercial of all time. These came and went in 2013, and they may have been intended for people who abstain from meat during Lent, but thank God they were canceled. I can't imagine the visual and auditory assault you'd suffer from watching this commercial between Cheers reruns.

Crafted in the '60s with similar intentions -- to give hungry Catholics a guilt-free Lenten Friday option -- this Hawaii-inspired creation was made with a slice of grilled pineapple with cheese. When it became clear that the Filet-O-Fish sandwich was getting more of that sweet godly love, McDonald's founder Ray Kroc killed the Hula.

As a way to cash in on the commercially unsuccessful (but underrated!) Disney film Atlantis: The Lost Empire, McDonald's rolled this item out into its breakfast menu in 2001. Hollandaise sauce didn't satiate the chain's early risers, however, and it was discontinued in the same year. The chain does serve regular-old eggs Benedict in Taiwan, though.

Introduced in the '70s as a test item for the very first McDonald's dollar menu, this legendary nugget, which we assume tasted like pieces of a Bloomin' Onion, quickly disappeared. The only traces of it that remain anywhere appear to be found on Internet lists and a sample preserved in the McDonald's archives in Illinois.

It's not weird that McDonald's tried its hand at Mexican fast fare -- they once owned Chipotle, after all -- but it's hard to imagine the chain pulling off fast-fajitas with much success. Nonetheless, the "Bring Back McDonald's Chicken Fajitas" Facebook group has a whopping 511 likes as of publication, so hey, I could be wrong. 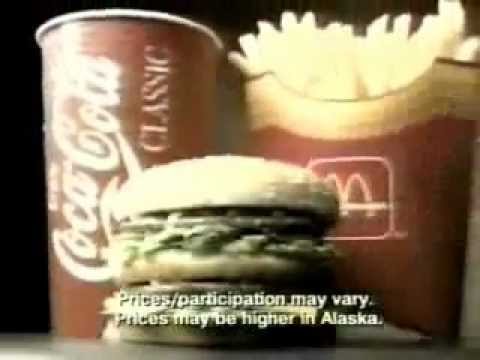 McDonald's Super Size Fries were my single favorite order at McDonald's growing up in the '90s. At age 7, I hated burgers as a concept, thought McNuggets tasted like rubber, and wanted only to sink my teeth in buckets of these salty, greasy cocaine sticks and listen to Disney music and watch Batman: The Animated Series. The Super Size crumbled under the weight of its own disgusting bounty when it was discontinued in the wake of the nation-shaking film Super Size Me, but I'll always remember it fondly. RIP. 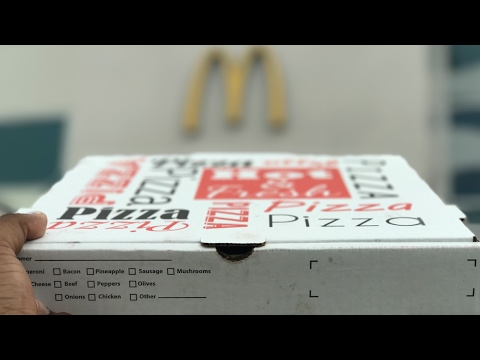 Remarkably, this '80s and '90s gem is still being sold in a couple locations in the U.S. -- in Pomery, Ohio, and Spencer, West Virginia. It was discontinued nationwide due to the fact that the Mickey D's fast food operation slows down a lot in the time it takes to make an edible pizza. Still, a few intrepid Canadians documented an 800km road trip to secure slices for themselves last month.

We know what you're thinking, and yes, it's mediocre. This ran into the same issue its Italian sibling the McPizza had: too slow and too expensive to be considered "fast food." There's a reason pasta hasn't been fast-casualized. 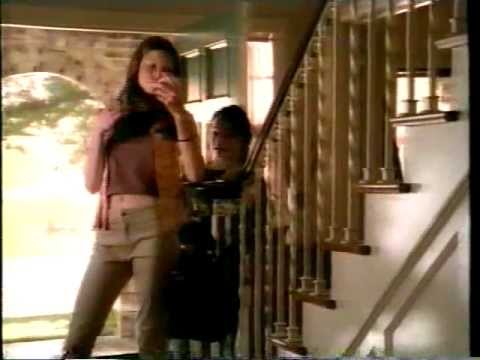 Marketed with the star power of a '96 Jessica Biel and the logic that adults want something slightly more upscale than a classic Big Mac, the Arch Deluxe failed spectacularly. It's a shame given that it was made with better ingredients like peppered bacon, cherry tomatoes, and romaine lettuce, but McDonald's and "upscale" don't exactly fit in the same sentence. 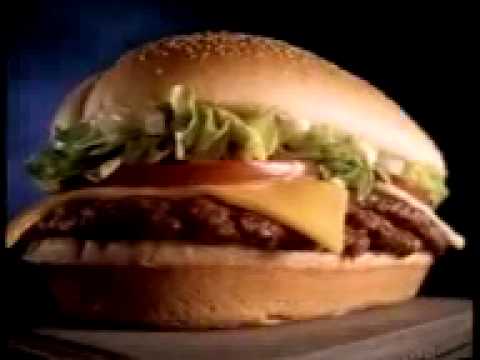 Running off the steam of a Batman film, this terrifyingly large burger seems like it would have stood a better chance. It's just an extra patty, after all. But after its rollout in '95 for the release of Batman Forever, it proved about as effective as that film's neon clowns and Nicole Kidman's wooden acting and was off the menu by '96. (If nothing else, Batman Forever gave us a great Batman in Val Kilmer.) 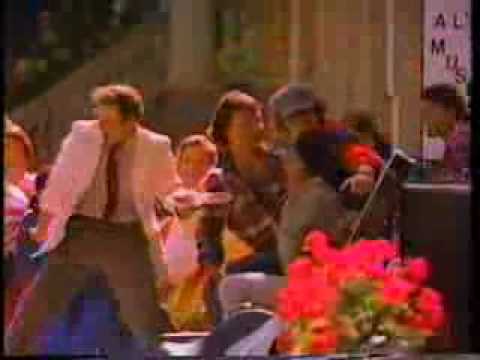 The McDLT sounds like a terrific idea, actually: separating your lettuce, tomato, and cooler parts of your burger from your hot patty and cheese. You didn't need a less-bald George Costanza to sell me on the smart way to package a meal. The problems: 1. environmentally, it was a horror show; and 2. it's really not worth it for a casual Mickey D's consumer to consistently spend more money on a separated burger that ends up in the same place anyway. McDonald's should bring this back without all the styrofoam. 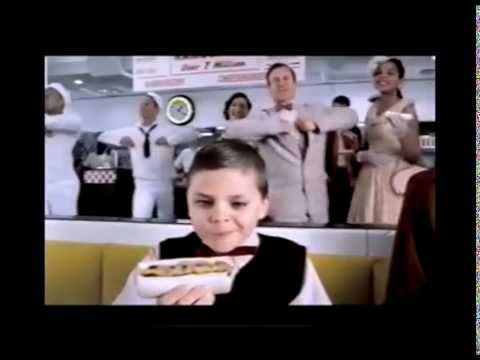 McDonald's founder Ray Kroc himself banned this menu item, claiming, "There's no telling what's inside a hot dog's skin, and our standard of quality just wouldn't permit that kind of item." I'd argue that's the case for literally anything McDonald's has ever sold, but regardless, you can't buy them anywhere except Japan these days.

This roll might have failed in 1992, but the increased ubiquity of lobster in recent years brought the McDonald's lobster delight back briefly, at least in New England. Nonetheless, it was still an awkward fit when it returned to select menus in 2013, laid out in The New Yorker's "Unnatural History of the McLobster." The kicker quote from that story, offered by a marine ecologist in Maine, sums things up nicely: “If I want a lobster roll,” he replied, “I could think of a dozen places between here and the nearest McDonald’s where I’d get it.” Sounds about right.