The news Marvel coaster is about to open at Disney World. 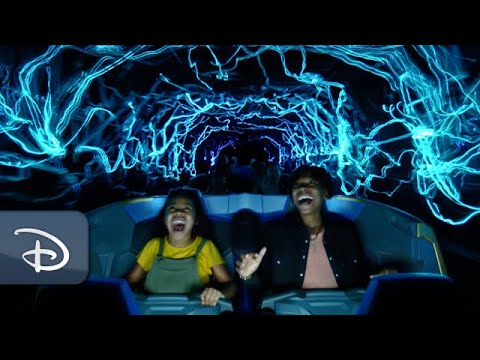 Disney World is opening its next major attraction on May 27. That is when the Guardians of the Galaxy: Cosmic Rewind indoor coaster will open its doors at World Discovery in Epcot.

Up until this point, not much has been seen of the ride, partly because it's hard for fans at Epcot to sneak a peek at an indoor ride that hasn't opened. However, Disney has now unveiled the first glimpse of what the ride will look like in a video teaser. It is only a glimpse, though. You won't yet have a good look at what's happening in there.

There are a lot of features that will attract coaster fans to Epcot when the Guardians ride opens, even beyond the appearance of Marvel actors who are making appearances in the ride. It is Disney's first-ever reverse launch coaster and the carts rotate a full 360 degrees to give riders a good view of all the action taking place around them.

The ride sits at the end of the Galaxarium, which is described as "a planetarium-like exhibition showcasing the similarities and differences between Xandar and Earth's galaxies." In the midst of the tour, you're called to help out Star-Lord, Gamora, Rocket, and Groot on a mission that winds its way through space. Then you're back in Epcot, looking for snacks.