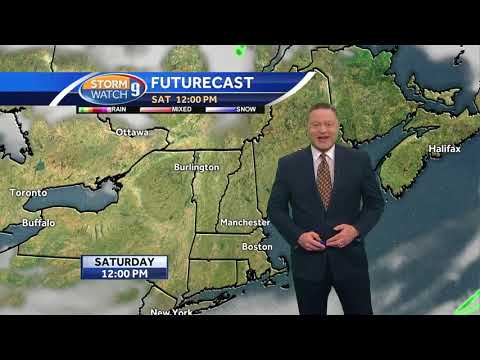 The presentation of the weather on local news broadcasts can get pretty stale. It's pretty much the same thing every day because they're just talking about, well, the weather. One weatherman accidentally stumbled upon a wonderful way to spice up your grandparent's favorite part of the day. Dogs. Meteorologists and dogs.

Josh Judge of Manchester, New Hampshire's WMUR-9 was running through just another day's weather when a very fluffy-looking and mellow dog strolled through the broadcast. Judge looked confused but recovered nicely. He probably should have called the pup back to finish out the segment.

Judge refrained from saying anything about the doggone weather, and he definitely didn't stoop to saying you should look out for poodles because it's raining cats and dogs. Though, he did drop one pun, saying, "It's not the dog days of summer just yet." He stopped at one pun and resisted the urge to break into Florence and the Machine after that single pun about a sweet dog named Bella.