This Dog Somehow Shot Its Owner in the Back 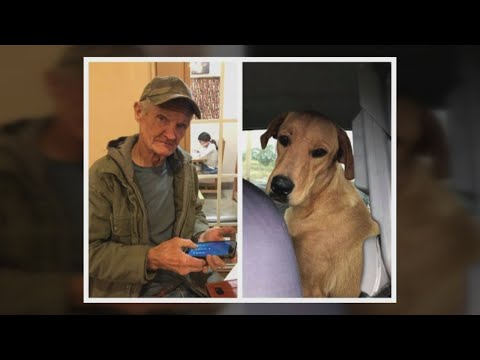 It's hard to imagine a dog doing anything you couldn't forgive. Pooping in your bed, fine. Eating your entire couch, whatever. Bitting your brother-in-law's hand off, probably chill. And if this story is any indication, even assault with a firearm isn't enough to tarnish canine-human relations.

In short, a dog shot its owner in the back. Sonny Gilligan, who is 74, was on a hunting trip in New Mexico with his three dogs, Charlie, Scooby, and Cowboy, when the incident occurred. According to KRQE, the rifle was in the back seat and Charlie, a 120-pound Rottweiler-mix, somehow got his paw caught in the trigger and fired the gun. The bullet went through the seat and hit him in the back.

Gilligan was able to call 911, and emergency workers arrived in time to save him.

"He was done, he would've died," Mark Gilligan, the man's son, told KRQE. "I can't say enough about the Sheriff's deputies, because without them my dad was dead."

Mark Gilligan also explained that his father has already forgiven Charlie and has since been moved out of intensive care and is in stable condition. All three of Sonny Gilligan's dogs were taken to a county shelter while he was in the hospital.

Despite being in critical condition, he was apparently mostly concerned with freeing "his boys" from "doggie jail."

James Chrisman is a News Writer at Thrillist. Send news tips to news@thrillist.com and follow him on Twitter @james_chrisman2.
Our Newsletter