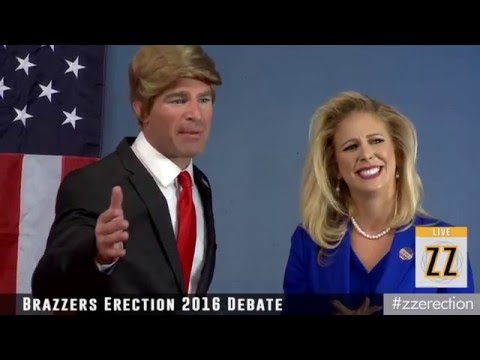 "The scene stars Cherie Deville as Hillary Clayton and Charles Dera as Donald Drumpf. Debating key issues such as the controversial wall between America and Mexico, relationships with China, and what it means to have small hands, Mr. Drumpf is out to prove that the size of his hands are not proportional to the size of his member."

Yes. Sex puns. The film will be released June 10. I don't know who's asking for this, but assuredly, Rule 34 wins again.