There are plenty of avenues to engage in political protest, but no matter what your affiliation there's no denying that Donald Trump's food choices and Wrestlemania-inspired demeanor have sparked some pretty creative ones. This week, Windsor Sandwich Shop of Windsor, Ontario, provided us with a new one: this sandwich.

Packed full of bologna, topped and bottomed by run-of-the-mill white bread, walled off with Mexican chips, and served with a side of Russian dressing and a (little) pickle, it doesn't take a genius to read into the dig here.

"I'm certainly not a fan of his. He's dangerous. He has a thin skin. He's all fluff, no substance," Lawrence Lavender, owner of the sandwich shop and the man who put it all together, told CBC News.

The sandwich has apparently taken off thanks to coverage both in the US and in Canada. Lavender told the Huffington Post yesterday that the shop actually ran out of bologna and that Trump supporters have come out of the woodwork to give him flak for making the sandwich. Meanwhile, many Canadians have voiced their approval on Twitter:

Never been more proud of my hometown.https://t.co/ACOw0XSK4X 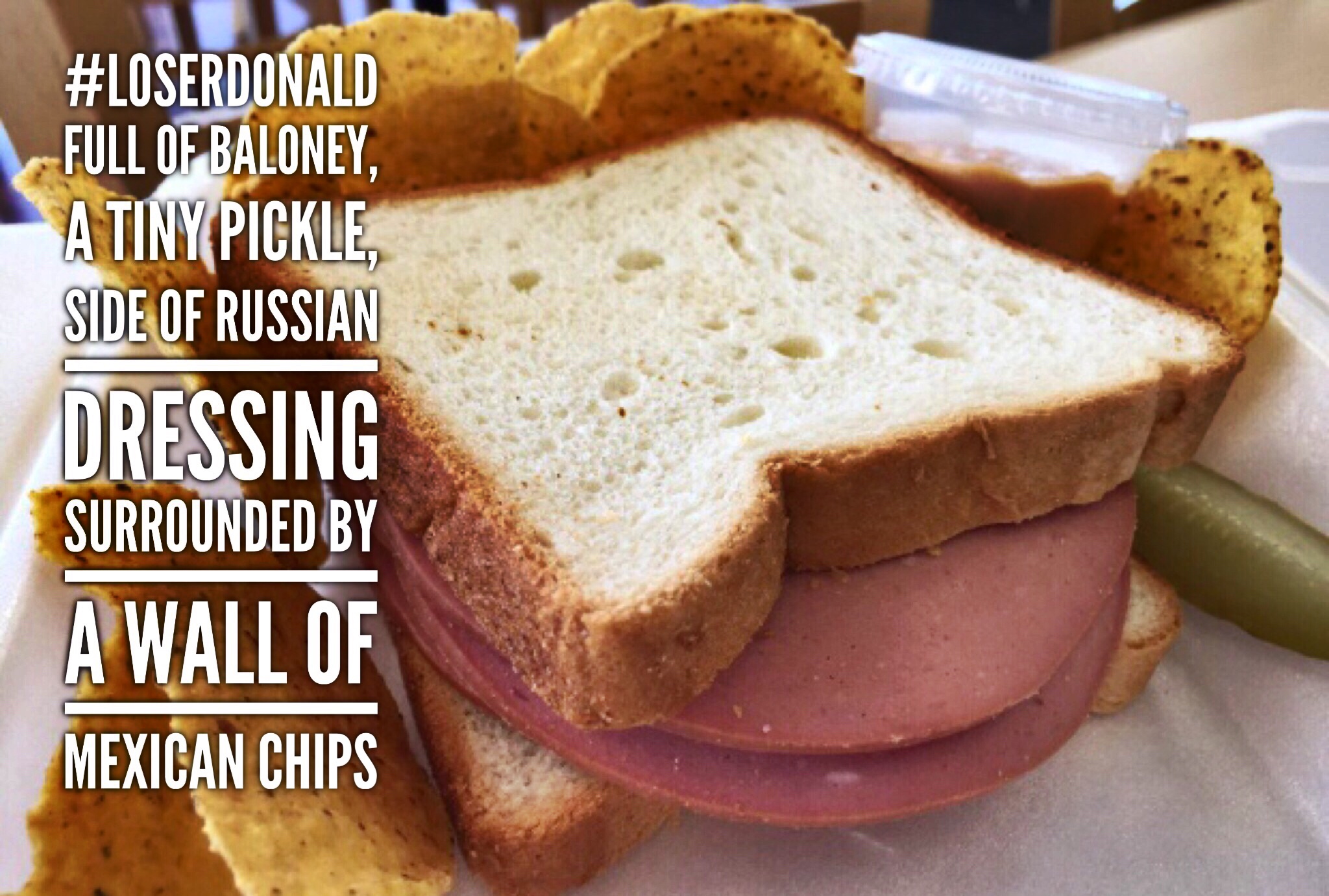 And why shouldn't they? Satire, food, and politics have a long, rich, buttery history together. Anyone else remember Jonathan Swift?

I grant this food will be somewhat dear, and therefore very proper for landlords, who, as they have already devoured most of the parents, seem to have the best title to the children.

Swift suggested chowing down on impoverished babies. At least bologna won't get you thrown in jail.