Drone Haircuts Are a Terrible Idea 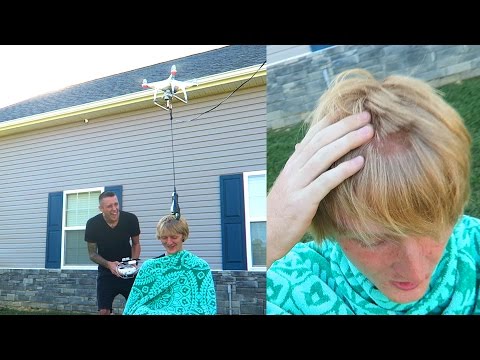 Back in 2000, if you did stupid things to get noticed, you'd end up as a co-star on Jackass. In 2016, you end up a YouTube celebrity. This is the case of a guy dumb enough to let a drone with a set of electric clippers attached cut his hair.

As evidenced around the 7:40 mark of this upload from YouTube star Roman Atwood, such a trim isn't so much a haircut as a misshapen, bad idea. The unwitting victim, whose name is apparently Caleb, finds himself with a haircut akin to what you'd get if your barber simply dropped the clippers on your head a few times; it's as eloquent as when the Jackass guys attacked each others' heads with clippers as a prank.

Somehow, the video garnered 4.6 million views in the span of just three days, proving there will always be a market for idiocy on film. Actually, the presidential debates already proved that.

"We had a good time hooking hair clippers to a Phantom drone and attempting to cut Brittney's cousin's hair," Atwood wrote in the video's description.

Well, sure. Caleb's hair might have something else to say about that, however.

Ryan Craggs is Thrillist's Senior News Editor. He gets his hair cut like a normal person -- sans drone. Follow him @ryanrcraggs.
Thrillist TV
History of
The History of Tailgating