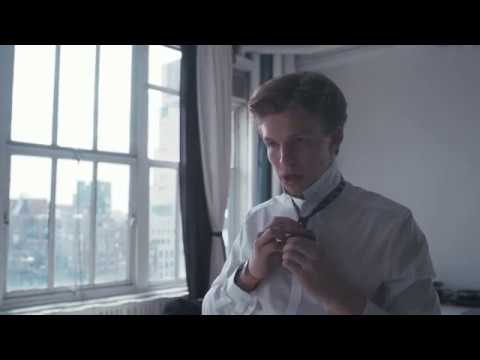 At this point, most major artificial intelligence assistants -- Siri, Alexa, Cortana, etc. -- live in either your phone or some sort of cylindrical speaker device in your home. A new device, however, packs a helpful "AI-powered" computer and virtual assistant right into a high-tech version of a common household object: a mirror. And, well, it looks like something in Tony Stark's house.

The sleek, 27-inch touchscreen mirror is called Duo, and according to its creators, you can use it to control your lights, stream videos, listen to music, play games, and more via voice commands and touch gestures with native apps. The display was designed to resemble a typical framed mirror and comes in at 1.9mm thick, while weighing 8lbs. It connects to the internet and other devices with built-in WiFi and Bluetooth.

As you can see in an introductory video detailing the device (shown above), many of its functions are powered by a new AI assistant called Albert, which you can customize by changing its name, gender, and accent, according to a report by Mashable. Like other virtual assistants, you can ask it for the current weather, the latest news, and upcoming events on your calendar. The device has nothing on J.A.R.V.I.S., though.

It's worth pointing out, though, that this is all based on the product's official video and details on the company's website, as Duo has yet to appear in the wild for extensive hands-on demonstrations. Nevertheless, the company started taking pre-orders for the device on Tuesday and plans to ship its first batch to customers sometime this October, according to the Mashable report. The first 5,000 people to order one will get it for $399, but after that, the price will increase to $500. As a comparison, the Google Home will set you back $130 while Amazon's Echo costs $180, although those devices lack a screen.

Of course, it remains to be seen if everyone's homes will someday be controled by such devices -- screen or no screen -- but if Duo's introductory video is an accurate representation of its real-life functionality, that future will probably come sooner than later.

Tony Merevick is Cities News Editor at Thrillist and actually wouldn't mind having something like this in his apartment. Send news tips to news@thrillist.com and follow him on Twitter @tonymerevick.
Thrillist TV
Wine and Cheeseburger
Wine and Cheeseburger: Harley and Lara Pair Falafel with Wine