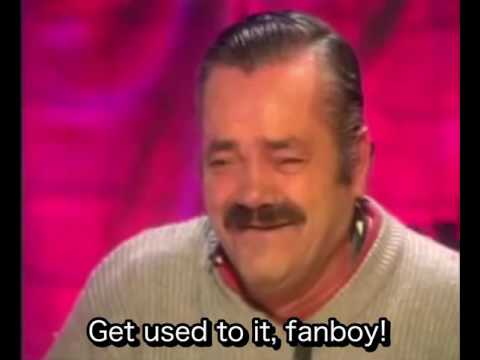 The mixed reactions to Apple's announcement of the new MacBook Pro ranged from high fives to pitchforks and torches. The reveal of the Touch Bar was all high fives and hugs. Meanwhile, the babysitting of Frankenstein's monster has more favorable reviews than Apple's removal of every port on the MacBook Pro. In a move akin to the removal of the headphone jack on new iPhones, the laptops now require adaptors, called dongles, for many of the standard connections users are accustomed to.

In much the same fashion as the Downfall meme, an interview with Spanish comedian El Risitas — seen in the video above — has turned into a meme for all occasions. However, this may be this meme's apex. In this video, El Risitas is an apple engineer who worked on the new MacBook Pro and helped "develop" the removal of the traditional ports on the revamped laptop.

Because of the move to only using USB-C ports on the new laptops, even the new iPhone requires a dongle to work with the new MacBook Pro. (!) It would simply be annoying if the dongles weren't so expensive. But they are. It's garnered the ire of Apple devotees and those dependent on connecting cameras, screens, and other devices into their laptop.

Watch the video above to see El Risitas (aka Jason Skidmore on YouTube) cut to the heart of the problems with the new MacBooks.