This map will help you see autumn's changing colors throughout the country.

By Maggie Rossetti for Thrillist | Courtesy of SmokyMountains.com 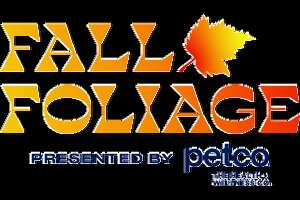 Fall will begin on September 22, and with its arrival, there will be the annual changing colors of the leaves. To make sure you can see the best of what the fall foliage has to offer, SmokyMountains.com has created a very detailed map for 2022 of where and when you'll be able to see the most of the season's most beautiful scenery.

The accuracy of this map is a bit like a weather forecast. Data from previous years—like temperature and precipitation—as well as forecasted temperatures and precipitation, and information about the type of trees prominent in a given geographical area are all factored into the report. "However, similar to any meteorological forecast that is dependent on weather variables, the leaf predictions are not 100% accurate," David Angotti, co-founder of SmokyMountains.com, told Thrillist. "That being said, after publishing our predictive fall foliage map for nearly a decade, we are confident in our data sources, process, and algorithm."

So while it won't be an exact predictor of where fall leaves will be turning their most colorful, it's the best guide to give you a general sense of where you need to be and when. For those looking to capture the Christian Girl Autumn aesthetic, this is a cheat code to find the best IG backdrop in your area.

The interactive map, seen below, is pretty easy to use. You can move a slider at the bottom to view the prediction of how the fall leaves will change over the season. The color code works as follows:

The map first started in 2013, when Smoky Mountain visitors frequently asked when the fall foliage would be at its most colorful. Now, a decade in, it's become a go-to guide for millions across the country. "Tens of millions of people use our map each year to plan vacations, weddings, and photography trips," Angotti said. "However, the most common use is individuals using the leaf map to check when leaves will peak near their home."

This year, users can fill out a form to report the fall foliage in their area. This data will help make the mid-year update of the map even more accurate and will help with the accuracy of the map in the future.

Leaves will begin changing in the northernmost part of the country as early as September 5. By mid-October, everywhere except the southeast will have seen the beginning of the leaves change or will be at the peak of their color, and the northernmost parts of the country will likely have already seen the leaves turn past their peak. By mid-November, only the southeast will have leaves in their peak turn period, while the rest of the nation's regions will likely have leaves that have already passed their peak.

When and where peak foliage will arrive this fall

September 12
In the northernmost states, you'll begin to see the leaves at minimal and patchy change, with what I would call the "Panera Bread" color palette, which is green, yellow, and a little bit of orange coloring. With exceptions in northern Colorado and a few other western states, most regions will not have reported much leaf change.

September 26
Leaves will be most brilliant in states like Idaho, Montana, Wyoming, Colorado, Utah, Minnesota, Wisconsin, Michigan, West Virginia, Vermont, and New Hampshire. The midwest and southeast regions of the country won't have much, if any, foliage change at this time.

October 10
In all but the southernmost states (think Texas, Florida, and Alabama), this is peak season for leaves just about everywhere. Where leaves may not yet be at their peak, they are at least changing, and few places in the northernmost parts of North Dakota and Montana have already past their peak seasons.

How to plan with the map

The SmokyMountains.com foliage map for 2022 will give you pretty accurate information on when and where the leaves will change. You can use it to plan everything from an autumnal photoshoot to identifying the best time to start drinking pumpkin spice lattes, or charting out a very scenic road or camping trip. And, if you want to help make the map even more accurate for your fellow foliage-heads, you can fill out the form with data from your area as the leaves begin to change.