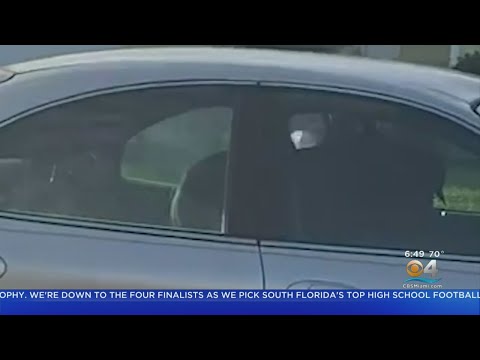 Everybody talks about the Florida man. Florida men take alligators on beer runs. They drive WWII grenades to Taco Bell. They get arrested outside of Olive Gardens after angrily "shoveling spaghetti" into their mouths. But only today have people started paying attention to the wild Florida dogs driving their owner's cars in reverse.

Port Saint Lucie became the sight of a strange scene on Thursday at around 8:30am, when residents in a cul-de-sac came outside to see what appeared to be a driverless vehicle reversing in careful circles. It was as if they were being haunted by the ghost of their driver's permit selves. Anne Sabol told WPBF-TV that, at first, she wondered why the driver she saw backing up in her apartment complex kept doing so indefinitely.

"Then I saw the dog get out of the car," said Sabol. "A big black lab or something, and I'm like, 'This is turning weird.'"

"I was like, 'They should give that thing a license,'" she said.