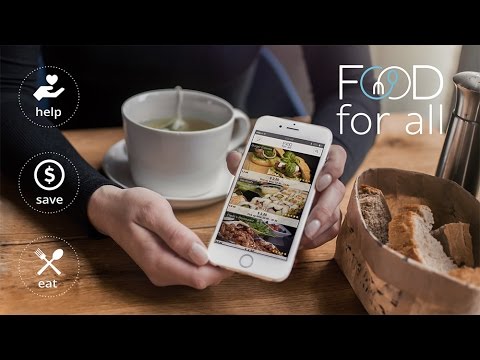 A new app is aiming to put good food in your hands for cheap, while simultaneously impacting America's enormous food waste problem and helping out restaurants. Food For All is partnering with restaurants to sell extra food the restaurant didn't sell during operating hours. Instead of throwing the food out, they can offer it to users at a discount of 50 to 80 percent. That means those last couple slices of pizza or the rest of the soup of the day gets sold instead of going into the trash.

Created by Boston-based entrepreneur David Rodriguez, the app is taking aim at food waste, a major issue around the world. 40 percent of food produced in America goes to waste every year, with some estimates saying it adds up to as much as 130 billion pounds of food annually. Though the app is still just a prototype, Rodriguez has 30 Boston-area restaurants signed up for the launch. Now, he's using Kickstarter to make the project a reality.

For users, it appears to be a pretty simple process. Log on, enter your location, and find what local restaurants have to offer. Then users place an order and pick it up close to closing time. Though, they don't anticipate an exact menu being available when users order. Restaurants will give a sense of what is being ordered, but the final meal will be something of a surprise, comprised of what the restaurant has available.

The campaign hopes to raise $50,000 and just a few days in they've raised over $12,000. If they hit their goal, they aim to launch in Boston and New York next summer, according to Grub Street.