What's Actually Supposed to Happen on 'Free Parking' in Monopoly?

The end of the year is a time of get-togethers. From office holiday parties to New Year's Eve celebrations and holiday gatherings, it's the time of year where for better or worse you wind up sitting around a lot with friends and family.

One thing you might find yourself doing in those situations is playing games and that brings us to a serious point: You're playing Monopoly wrong. Or, rather, you can play however you want, but you aren't following the rules. In particular, many players don't know what's actually supposed to happen on the "Free Parking" space. 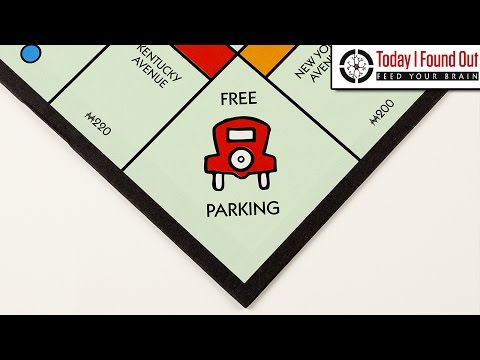 The Today I Found Out YouTube channel has attempted to clarify this and a few other Monopoly rules that are often ignored.

The "Free Parking" space is just free parking. Nothing happens when you land there under the rules laid out in the rulebook. But like many commonly used Monopoly rules, most of which serve to make the game take longer, people play by their own rules. The most popular for "Free Parking" is to not return fines into the bank, but to a kitty that's won by the next person to land on "Free Parking."

Hasbro recognized this after commissioning a study on how people played the game and made a "House Rules" edition. It employs many of the rules people play with that run in contrast to the actual rulebook. For instance, many don't allow players to collect rent money while they're in jail. Traditional rules say you do collect money.

Watch the video above to see all the rules that are rarely followed or are twisted in the way most people play the game. Then either correct your method or continue to make Rich Uncle Moneybags sad.