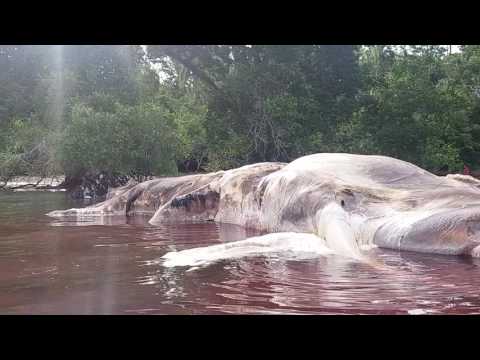 With giant shipworms and ghost sharks providing your regular dose of viral terror, humanity seems overdue for a brush with a gnarly sea monster. Residents of Indonesia’s Maluku province were greeted by exactly that earlier this week, as an enormous creature from the depths washed onshore, giving the internet a gross, festering mystery.

Reports have conflicted as to what the giant carcass actually is -- aside from nature's smelly and apocalyptic wrath. Several images posted to Facebook show the beast slowly rotting out, with locals surmising -- albeit not definitively -- that it's a giant squid.

Local man Patasiwa Kumbang Amalatu posted several videos from the scene, showing the creature turn the placid water a darkened red hue. He, on the other hand, notes that the beast is a decomposing whale, according to an article in Vice Indonesia. 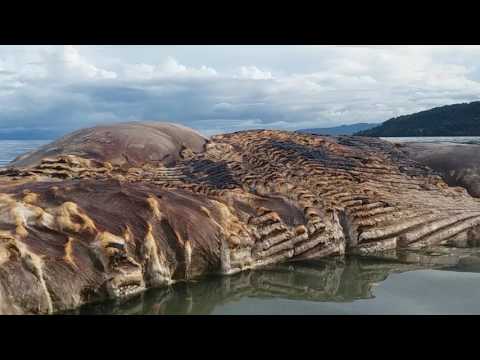 Although the discovery of a giant squid would no doubt turn heads the world over -- they're rarely seen outside of deep waters -- an expert at the Lee Kong Chian Natural History Museum begged to differ, telling Mashable that the carcass looks more like a relative of a humpback whale than anything else.

The rotting mystery thing is being watched by a local military unit and locals have been asked to help remove it from the area. In the meantime, it's probably worth considering whether the ocean is a metaphor for hell, and when the eternal void will devour us all like a giant beast cast from asunder.