Here's Why We Call Dollars 'Bucks' 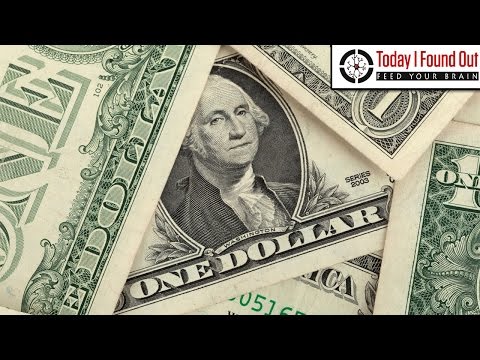 While there's a good chance you've said "I bet you five bucks if ...," there's also a good chance you'd lose said five bucks if someone bet that you couldn't explain exactly how "buck" became a word for money. Well, thankfully, a new video from the folks over at Today I Found Out on YouTube helpfully breaks down how the slang term for dollar came to be. Hint: it has to do with deer.

As the video explains, the exact origin of the term isn't 100% clear, but strong evidence suggests that people started calling dollars "bucks" in the 1700s likely thanks to deer; specifically, with the trading of deerskins. Deerskins were commonly used as a form of currency at the time. In fact, one of the earliest known uses of the term is a trade record from 1748 that details the exchange rate for a cask of whiskey as "5 bucks," or deerskins, according to the video. Another record from the same year describes how a man was "robbed of the value of 300 Bucks." Mind you, this was all decades before the first US dollar was minted.

Interestingly, but not all that surprisingly, "buck" stuck around well after the dollar was first introduced with the Coinage Act, which passed in 1792 and established the dollar as the US's standard currency, according to Today I Found Out. Of course, the term has since given way to expressions like "the buck stops here" and "I feel like a million bucks," each of which likely have fascinating origin stories that will probably be turned into Today I Found Out videos some day, if they aren't already. Be sure check out the full video (above) for even more interesting tidbits.

Tony Merevick is Cities News Editor at Thrillist and wrote something called "The Buck Book" when he was in first grade because he was oddly obsessed with money. Send news tips to news@thrillist.com and follow him on Twitter @tonymerevick.