Turns out we could have had DLTs years before they debuted nationwide. 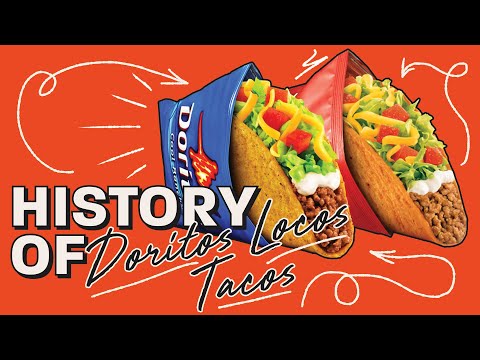 Much like McDonald's McNuggets, Taco Bell's Doritos Locos Taco is a bonafide fast food icon. It’s so popular that it’s hard to imagine a world where the taco-junk food hybrid wasn’t on the menu, although it’s a relatively new offering. The bright side of its popularity? You’ll probably never have to live in a world without it ever again. At least we hope not.

The Doritos Locos Taco first hit the Taco Bell menu in 2012. That’s more than 50 years after Glen Bell founded what would become a staple in the fast food industry and 52 years after the Dorito was invented. The world almost got a taste of the Doritos Locos Taco sooner, when a genius unnamed employee/hero among men pitched the idea to Taco Bell’s then-Vice President of Marketing to no avail. Big mistake, pal.

Taco Bell carried on slinging its unique culinary creations to some success, but in 2009 CEO Greg Creed started stressing about keeping things fresh. Anyone can sell tacos and burritos, he thought (probably, we weren’t there!), so he tasked his team with bringing new life to an otherwise boring yet classic menu item: the hard shell taco. That same year in a brainstorming session yet another brilliant mind suggests T-Bell consider throwing Doritos into the mix by collaborating with sister-brand Frito-Lay to create a Doritos taco shell. This time, the idea gets the green light!

We know what you’re thinking: that meeting took place in 2009, but the Doritos Locos Tacos we all know and love weren’t introduced for another three years. What gives? Innovation takes time. Doritos, as we know them, don’t make great taco shells it turns out. Who knew! Taco Bell’s R&D department spent two years developing prototype after prototype of the Doritos Locos shell (40 total), which sounds both exhausting and potentially delicious. Not unlike Goldilocks, the good people at Taco Bell tried and tried until they finally settled on the shell that was just the right balance of crunch, seasoning, and finger-staining flavor.

A handful of folks in the world got to test the Doritos Locos Tacos in select locations around the United States. The release may not have been widespread, but the buzz generated from those first tastes travelled fast. In 2012, Taco Bell released the Nacho Cheese Doritos Locos Taco everywhere across the country and the rest was history. People were hooked. So hooked, in fact, that Taco Bell had to hire 15,000 more employees and set up four new production lines at the Doritos taco shell factory to meet demand. Damn.

As if people weren’t already loving Taco Bell’s newest menu item, the chain decided it was time to reach another demographic: Cool Ranch Doritos fans and those that like their chips with a little kick. In 2013, the Cool Ranch and Fiery Doritos Locos Tacos were added to glowing drive-thru menus all over the country and the people rejoiced. Taco Bell wasn’t about to let the Doritos Locos fire burn out, so they eventually created Locos Tacos flavored tortilla chips -- you know, for when you can’t make it to the nearest Taco Bell, but you need to satisfy your cravings.

As with all great inventions, the Doritos Locos Tacos, or DLT as it came to be known, was not without contention. Taco Bell visitors loved it, and the company was surely raking in the dough as a result, but in 2014 a group of scorned ex-Taco Bell advertising interns rose up. They alleged they invented the Doritos Locos Tacos back in 1995 (remember the unnamed suggestor?) and they had CVS-length receipts to prove it, including pictures of original mockups. But they weren’t the only ones who alleged they’d had the idea first. I mean, who among us hasn’t concocted something crazy in the kitchen late at night only to one day see it on the Taco Bell menu?

Nothing ever came of the drama, thankfully, but in 2019 DLT fans’ worst nightmare came true: Taco Bell pulled the Cool Ranch and Fiery Doritos Locos Tacos from its menus. Tears were shed, petitions were started, but Taco Bell held its ground. The thing about the fast food gods is they taketh away, but they also giveth. In 2020 -- a notably bad year for pretty much everything -- the fast food purveyor came out with the Flamin’ Hot Doritos Locos Tacos, which isn’t a bad consolation prize.
To this day, the original DLT remains one of Taco Bell’s top sellers. You know what they say, you can’t mess with perfection. They didn’t spend all that time trying to get it right for it to flop.

Caitlyn Hitt is Daria IRL. Don't take our word for it -- find her on Twitter @nyltiaccc.
Thrillist TV
History of
The History of Tailgating