Here's How You Can Do Horse-Led Yoga

The horse capital of the world is not just about the Kentucky Derby.

Lexington, Kentucky is known as the Horse Capital of the World. That's typically associated with the Kentucky Derby, but that's not the only thing the city has to offer. At Hallway Feeds, an equine-only feed mill dedicated to holistic wellness for horses. Dan James, the master horseman at Double Dan Horsemanship, is guiding three horses to become the world’s first yoga instructing horses at Hallway Feeds.

Yes, that's correct—horse yoga, which is yoga led by horses. At Hallway Feeds, you can attend the Horse Yoga Retreat. The retreat is billed as "a destination experience designed for the most adventurous yoga enthusiasts" by Hallway Feeds. The experience is led by three "expert horse gurus," named Swampy, Vanilla Ice, and Applejack.

These horses are actually trained in actual yoga poses, plus some ones called Downward Horse, Neighasana, and Vajrahoove. And unlike yoga classes with other animals, these horses actually "lead the class." 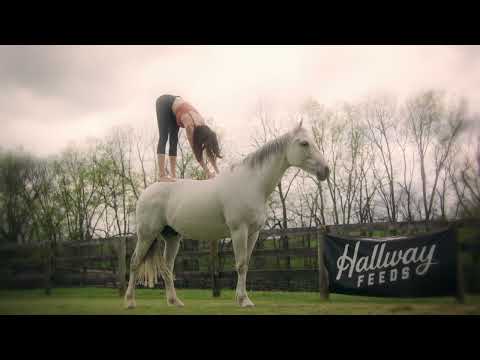 According to the Matador Network, the retreat includes one hour of yoga with one of the three horse instructors, an hour to cool down after the class, and a tour of Hallway Feeds. Accommodations, meals prepared by James Beard-nominated chef Ouita Michel, airport transfers, and some gifts to take home.

For this once-in-a-lifetime experience, you'll have to shell out a bit of cash. The retreat costs $5,000 per person. Explore the horse yoga retreat, and the rest of what Hallway Feeds has to offer at the Hallway Feeds website.