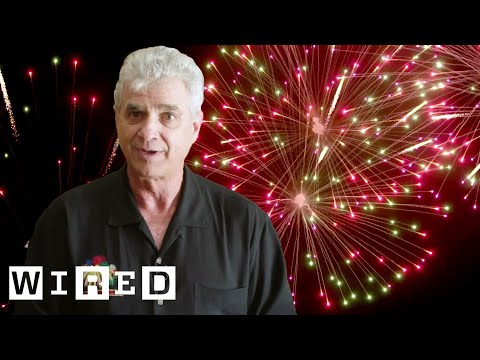 Massive fireworks displays with a rapid-fire grand finale are an inextricable part of the Fourth of July. You probably imagine that things are hot and potentially dangerous where the team is setting off hundreds of fireworks. But you might be surprised just how much work goes into building the show.

Jim Souza of Pyro Spectaculars by Souza is the fifth generation of his family to run displays across the US. In fact, his company will put on more than 400 shows this Fourth of July, reports FastCo. In the video above, he talks about the year-long process of putting together that 30-minute display and how his family innovated in the field after his father had an accident.

Souza shows off his "bunker" and how his team builds each individual firework. He has likened building the display to "creating a motion picture." His team even creates storyboards of the progression of the display and uses a program that looks like film editing software.

"This is a live entertainment feature that’s starring explosives. It’s dangerous business, but we’re blowing things up to create magic in the sky," Souza explained when asked why fireworks are still alluring in the digital age. "Ever since cavemen enjoyed a sparkle in the campfire, or looking at the stars, man has had a fascination with fire in the sky."

Watch above to see behind the curtain of how the Fourth of July magic is created.


Dustin Nelson is a News Writer with Thrillist. He holds a Guinness World Record but has never met the fingernail lady. Follow him @dlukenelson.
Thrillist TV
History of
The History of the McRib