You Can See a Close Grouping of the Moon, Mars, Saturn & Jupiter Tonight

A lot has been taken off the list of potential activities for any given day. Thankfully, stargazing is still an easy option for getting out of the house. Moreover, there's an event coming up that you'll be able to see from any cloudless city.

Throughout March, Mars, Jupiter, and Saturn have been coming together in the pre-dawn sky daily. Bit by bit, they've come closer together. Now, in the early hours of March 18, not only will you see Saturn up there with Mars and Jupiter almost appear to touch, but you'll get a crescent moon joining their club, creating a grouping of four of the brightest objects in the nighttime sky.

A good time to go out will be about two hours right before sunrise on March 18. The crescent moon will be just below Mars, moving slowly toward Jupiter. Though it won't fully appear to pass Jupiter before the sun rises, and the whole display is washed out. 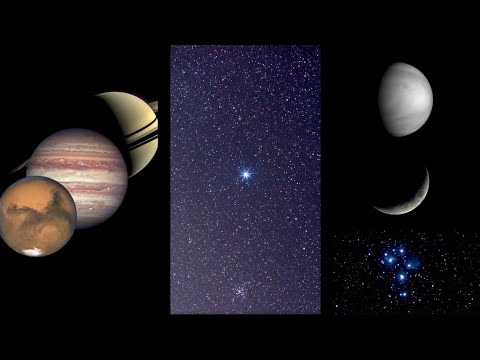 To see the grouping, look east. It shouldn't be hard to spot since the moon is sitting among the grouping, and the planets will be the brightest non-moon objects in the area. If you miss it the morning of March 18, you'll get something similar on March 19, though the moon will not appear to be sitting right in the midst of the planets.