This New Internet Dance Challenge Is Getting People Hit by Cars

The internet loves a good dance challenge. Like that time a teen nailed that Beyonce choreography, or that other time a cop had a dance-off with a large pig. No one gets hurt after, after all. What's not to love? Well, we're extremely confused to report that the newest dance challenge is getting people hit by cars. Which isn't great.

It all started with the video below: all around compelling, beautiful, inspiring content. Look at this man's dance moves. Look at his outfit. Listen to that new Drake song ("In My Feelings," off Scorpion). When Instagram user @theshiggyshow posted this video, the internet saw that it was good. And in true internet fashion, it decided to make it bad.

Increasingly wild iterations of the dance started appearing in increasingly dangerous locals, so we inevitably (but was this inevitable? Couldn't y'all just not do this?) arrived at people hopping out of their cars and groving alongside the moving vehicle. And look, it does look pretty darn cool.

But it's also dangerous, so you shouldn't do it. But you already knew that.

Because it's obvious that you shouldn't dance alongside your driverless moving vehicle.

And since this hit official meme status, the parodies arrived and things got more complicated. 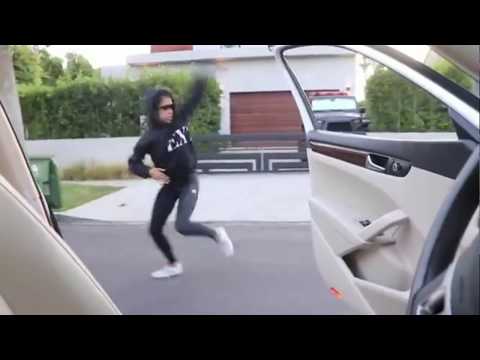 And that's how we got to the video at the entrance to this hall of fame of assinine internet behavior. In that first video, the idea was that he'd gracefully leap atop the hood. Instead he "slipped on that damn wet spot" and was hit in the face with a car.

James Chrisman is a News Writer at Thrillist. Send news tips to news@thrillist.com and follow him on Twitter @james_chrisman2.
Our Newsletter