Has Anyone Actually Been Poisoned By Halloween Candy? 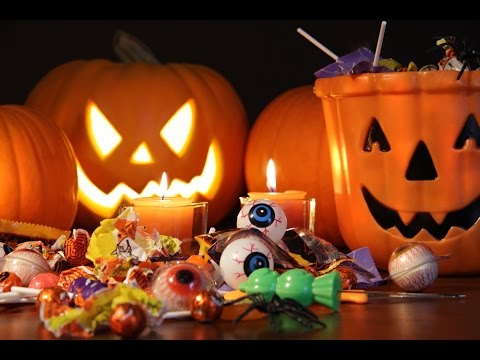 Today I Found Out

There are razor blades in the apples, needles in the Three Musketeers, and straight up cyanide in the pixie stix. These are all completely reasonable conclusions to reach about Halloween candy if you've never done anything but watch local news and live in fear while sitting on stacks of decades-old newspapers. However, what those local news reports generally leave out is that there isn't actually any evidence of nefarious evildoers plotting to poison random neighborhood children with Halloween candy.

As they often do, the Today I Found Out YouTube channel is digging into the matter in the video above. They agree with University of Delaware professor of sociology and criminal justice Joel Best, who is the leading researcher on poisoned Halloween candy, or as he calls it, "Halloween sadism."

Best doesn't believe there's any evidence to suggest that this legend of poison candy is real. He's updated his paper containing research on the subject every year since 1985. He doesn't hedge on the results, which have remained unchanged since the paper's first publication: "I have been unable to find a substantiated report of a child being killed or seriously injured by a contaminated treat picked up in the course of trick-or-treating."

Almost every reported incident involving poisoned Halloween candy or foreign objects inserted in Halloween candy has been a hoax. When first reported, the stories are grabbing headlines. Halloween has just passed and the reports are partially attempting to serve the public by informing the public of individually wrapped theoretical hazards sitting in their cupboard. The retractions come weeks later, if at all, where no one will see them.

The rumors and reports often capitalize on what's happening at the moment. This year, rumors of marijuana-laced treats are circulating, sometimes aided by law enforcement despite no evidence that this has ever taken place. The fear is no doubt due to the rise of edibles in cities that have legal marijuana dispensaries and pending votes on the legalization of the drug in some states. It makes sense, that's the first thing The Pot Heads want to do with the fairly expensive drug that they themselves enjoy, give it away for free to children walking by.

As the video above outlines, the only instances where poison was actually found in Halloween candy involve family. More pointedly, the origin of the poison doesn't appear to be Halloween candy acquired while trick-or-treating, but poison planted in Halloween candy by family members. So, it's more likely to be poisoned by someone you know than by a stranger on Halloween. The poison Laffy Taffy is coming from inside the house.