As many as one million species on this planet are in danger of going extinct. In large part due to climate change and other ways humans have decimated habitats, the extinctions are taking place at an "unprecedented" rate... 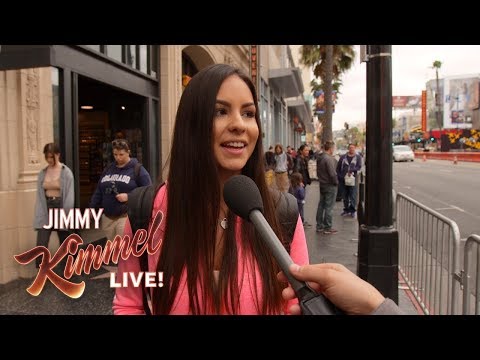 As many as one million species on this planet are in danger of going extinct. In large part due to climate change and other ways humans have decimated habitats, the extinctions are taking place at an "unprecedented" rate. Those were the conclusions of a 1,500-page United Nations report put together by hundreds of experts across the globe and based on thousands of studies. The New York Times called it "the most exhaustive look yet at the decline of biodiversity across the globe."

It's a frightening look at the world. Jimmy Kimmel took the opportunity to show that many people simply aren't paying attention. A segment on Jimmy Kimmel Live on May 8 went to the streets of Los Angeles to ask people if they care about "homo sapien extinction." Of course, homo sapiens are humans, but that was lost on many people who nonetheless had strong opinions on the situation.

It's hard not to come away from the video with the feeling of just... Oh, no. Like any person on the street segment, editing plays a role in the final product, which is supposed to be funny. Nonetheless, wow. "It's not the fact that I don't like homo sapiens," one respondent said, "it's just that we've always lived without them."

Another, when asked if she'd ever seen a homo sapien, replied, "Yeah, I saw one once at the zoo." Asked to describe it, she said, "Furry. Big. Gorilla looking. He was picking his whatchadilly." To be fair, she may still be talking about a human. That could absolutely describe a human she saw walking around a zoo.

One of the respondents may have accidentally summed up most people's response to the report a little too well. "I don't know what a homo sapien is," she said. "If they're going extinct, that's very sad. But at the end of the day, I don't care."


Dustin Nelson is a Senior Staff Writer on the news team at Thrillist. Follow him @dlukenelson.
Thrillist TV
History of
Our Newsletter