KFC Is Making a Game Where You Can Date Colonel Sanders, and He Looks Absurdly Hot 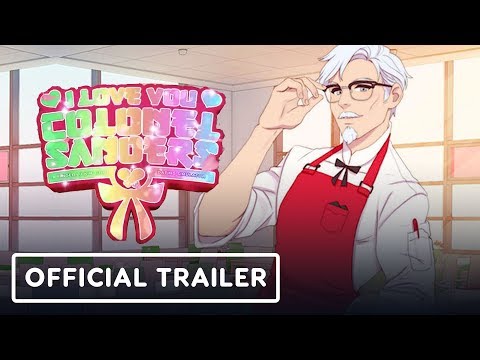 It’s your first day as a culinary student and you’re nervous. You keep adjusting your chef’s hat and reorganizing your knives on the table. Every time a knife is placed on the stainless steel it makes a sound and everybody looks at you. You want to be invisible, you wonder if you should have gone to nursing school instead, or maybe--

Suddenly a man appears before you. He's the instructor, and he's absurdly sexy. His name is Colonel Sanders, and you're in a video game designed by KFC called "I Love You, Colonel Sanders! A Finger Lickin' Good Dating Simulator."

This is a real game that KFC made.

You can almost hear the narrator's voice drop to sultry level for the last part: "Go ahead, Colonel Sanders is waiting." And, boy, is he waiting. But that sexy silver fox won't give it to you so easy.

This isn't some sort of click-to-mate, SIMS-type ordeal. There are serious career challenges, and you'll need to prove your worth to Daddy.

"Do you have what it takes to survive culinary school?" the description asks. "Will Colonel Sanders choose you to be his business partner? Or maybe even so much more?"

In the game you make "life-changing decisions that will affect your chances of friendship and love." This includes, uh, probably making chicken, as well as confronting other characters. I know this is all very vague, but here's the list of features:

No, really. Much like Twilight Saga fans, KFC almost can't believe the fanfic they've created. But we're here for it... right? I just have one more question: When will I get to date Ronald McDonald?

This is the closest Ruby Anderson will ever come to getting paid for her fanfic.
Thrillist TV
History of
The History of the McRib