Raccoons Have Taken Over a Library & No, It's Not in Pawnee 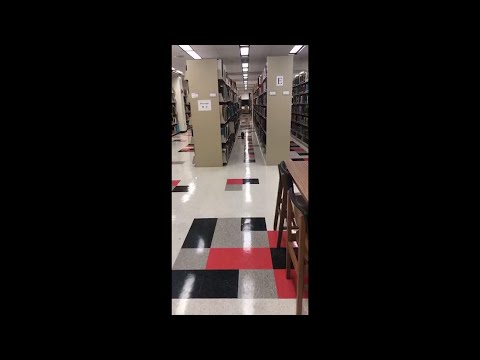 Pawnee may have to pass along the title for town most plagued by raccoons.

A library at Arkansas State University in Jonesboro, Arkansas had a bit of a raccoon problem. Codie Clark, an alumnus and math tutor, was waiting on the third floor of the library for a student to come to a tutoring session, reports the Associated Press. That's when he spotted a pair of raccoons casually moving through the aisles.

The studious varmints instantly became a hit on social media.

The school's facilities management team humanely trapped and released the animals, Bill Smith, the school's associate vice chancellor for marketing and communications, told the local KAIT-TV. He suggests that the recent rain in the area may have forced the trash pandas to seek drier lodgings in the library. "They weren't just looking for higher ground," he said. "They were looking for higher learning."

It might have been the rain, but it also might be clever planning by Leslie Knope to pass Pawnee's crown to another town. What are two things Knope really hates? Pawnee's raccoon infestation and libraries. That's the exact kind fo wild speculation ace journalist Joan Callamezzo would be doing right now.