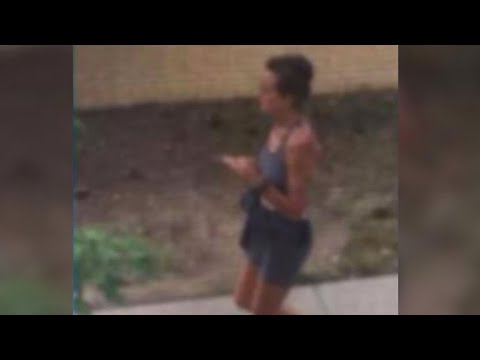 Update: The man claiming to represent The Mad Pooper uploaded another video to YouTube, explaining that he isn’t the woman’s “spokesperson,” and his original video was created in order to deceive people.

The "Mad Pooper," a jogger who gained viral fame earlier this month after allegedly defecating on a Colorado family's front lawn for weeks, has finally broken her public silence not with a fart, but with an apology through an anonymous spokesperson.

In a video uploaded to YouTube this week that's since been removed, a man claiming to be a "family representative" called the woman "Shirley," and says she's sorry for her actions, but suffers from a traumatic brain injury that's forced her to lose control of her bowels. Oddly, the man stated that the woman's penchant for dropping turds in public is a right protected under the United States Constitution, although the nation's founding document guarantees no such bathroom privileges in explicit terms.

Earlier this month, the Mad Pooper conjured a viral sh*t-storm after using the Budde family's front yard as a public toilet during her neighborhood jogs. The intrigue surrounding the Mad Pooper, who seemed remorseless as she left a trail of smelly terror in her wake, spawned something of a media frenzy. As a prize for her vile escapades, Charmin offered her a lifetime supply of free toilet paper -- which only seemed to further incentivize the act of pooping in public:

The spokesman representing the Mad Pooper, who refused to reveal his identity to reporters likened the dirty habit to breastfeeding, something that Colorado Springs resident Shirley Thevenot doesn't agree with:

“I breastfed all of my four children and that’s just ridiculous, as far as I’m concerned,” she said. “Breastfeeding is nourishing your child — you’re doing something to take care of someone — but pooping in someone’s lawn is only damaging."

If caught, the Mad Pooper should face charges of public exposure and public defecation, according to Loew.