NASA's Perseverance Rover Took a Selfie with the Mars Helicopter

A peek at the helicopter that will make history this month.

Earlier this week, the Perseverance rover dropped Ingenuity, a four-pound helicopter, on the Martian surface where it will run tests in preparation for the first powered flight on another planet.

While Perseverance waits for Ingenuity's history-making flight, which could happen as early as April 11, NASA's rover snapped a selfie with Ingenuity lurking in the background. Perseverance took the photo using the WATSON (Wide Angle Topographic Sensor for Operations and eNgineering) camera at the end of its robotic arm.

The scale can be a little tough to discern, but NASA says Ingenuity is 13 feet from the rover. This image, taken on April 6, was stitched together from 62 individual pictures taken "while the rover was looking at the helicopter, then again while it was looking at the WATSON camera," according to NASA's announcement. (Watch the video below about the Curiosity rover to see how these selfies are taken.) 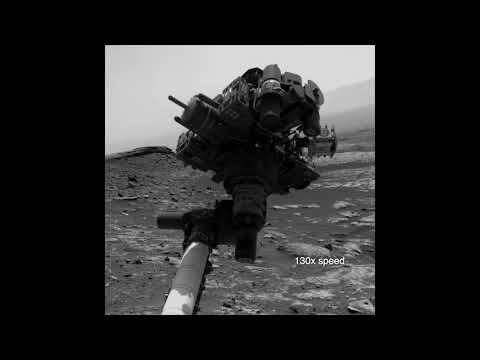 When it's time for Ingenuity's flight, Perseverance will pass along flight instructions from the Jet Propulsion Laboratory (JPL) in Pasadena, California. If you're keeping tabs on the timing, the JPL notes that "several factors will determine the precise time for the flight, including modeling of local wind patterns informed by measurements taken by the MEDA (Mars Environmental Dynamics Analyzer) instrument aboard Perseverance."

When Ingenuity is ready, it will lift off, climbing about three feet per second. Then it will hover about 10 feet in the air for around 30 seconds before descending back to the Martian surface. It's a quick trip, but it's likely that people on Earth will be able to enjoy the moment taking place millions of miles away. Hours after the flight, Perseverance will return engineering data and, if all goes well, images and video.