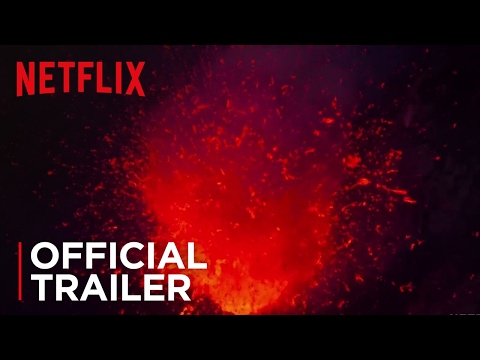 Just a few days ago, an extended trailer for Planet Earth II teased groundbreaking new footage of our stunning natural world. Now, Netflix is upping the nature documentary ante with a preview of Werner Herzog's new volcano film, Into the Inferno. And let's just say it's as breathtaking and beautiful as you'd expect from the legendary filmmaker.

The trailer (shown above) plays right into your fascination with the explosive natural wonders with glorious shot after glorious shot of erupting volcanoes and flying magma. Meanwhile, Herzog's voice as narrator and a Stranger Things-like synth-y soundtrack builds a sense of epic wonder and consequence in just a minute and 20 seconds.

"It is hard to take your eyes off the fire that burns deep under our feet," Herzog says in the clip. "There was a scientific side to our journey, but what we were really chasing was the magical side no matter how strange things might eventually get."

Netflix said the documentary takes us right into some of the world's most active volcanoes -- from places like North Korea to Iceland -- with volcanologist Clive Oppenheimer to explore the fiery phenomena as well as the people who live around them, according to the video's description. With that said, it sounds like it's going to be as fascinating and spectacular as the trailer suggests. The film will hit Netflix on October 28th.

Tony Merevick is Cities News Editor at Thrillist and can't wait to see more of this. Send news tips to news@thrillist.com and follow him on Twitter @tonymerevick.
Thrillist TV
History of
The History of the McRib