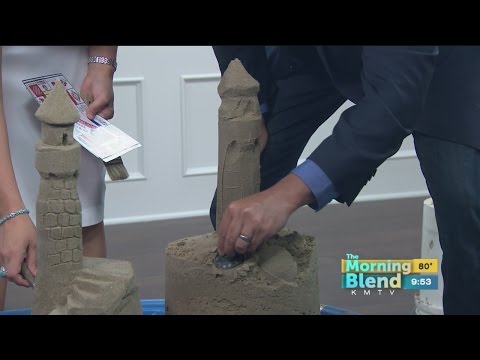 When it comes to accidental dick-like shapes appearing on live TV, few are as hilarious as the ones seen in weather reports over the years. A sand sculpting mishap on Omaha's Morning Blend on Thursday, however, could very well be up there among the best.

As seen in the video above, host Mike DiGiacomo was attempting to add some detail to a towering sand castle, when he realized that he, uh, may have gone a bit too far. "What did I just make there?" he said, when it suddenly became clear that he had sculpted a perfect set of balls for what was clearly a big, sandy phallus. Although he's quick to fix the blunder, the damage is done and everyone is nervously laughing about the dick they just put on live TV.

Oh, and it probably didn't help that the tool is called a "willyspere." Yep, that's really what it's called.

Tony Merevick is Cities News Editor at Thrillist and wonders where he can purchase one of these willysphere things. Send news tips to news@thrillist.com and follow him on Twitter @tonymerevick.
Thrillist TV
Wine and Cheeseburger
Wine and Cheeseburger: Harley and Lara Pair Falafel with Wine