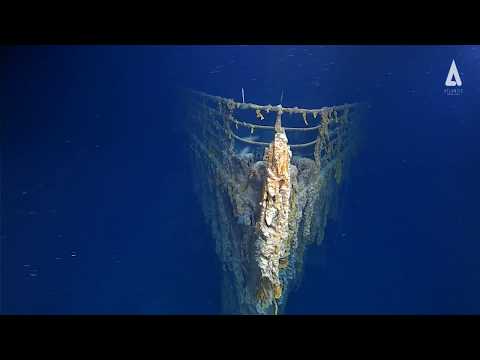 Though it sank in 1912, interest in the Titanic goes on like Celine Dion's heart. Whether that's interest in the actual wreck or annual debates about how much room was on that door. (Plenty.) Divers have returned to the Titanic and on August 22, we got the first new footage in 14 years.

How's it doing? Not so hot. It's still sitting there on the seafloor, 4,000 meters below the surface. However, the ravages of time, salt corrosion, metal-eating bacteria, and sea currents are slowly disintegrating the hull. Nonetheless, it's gorgeous, if not a little spooky. What can be seen in the videos here is just a part of the footage that was shot. The bulk will appear in a forthcoming documentary, reports CNN. It was shot with a new 4K camera that will allow viewers to eventually see the vessel in augmented and virtual reality.

"The most fascinating aspect was seeing how the Titanic is being consumed by the ocean and returning to its elemental form while providing refuge for a remarkably diverse number of animals," Patrick Lahey, president and co-founder of Triton Submarines, told CNN.

The footage was captured during a series of five dives by a team of experts, scientists, and a representative from the National Oceanic and Atmospheric Administration. Opportunities to visit the unsinkable ship won't be around forever. Experts say the Titanic will disappear within 20 years. 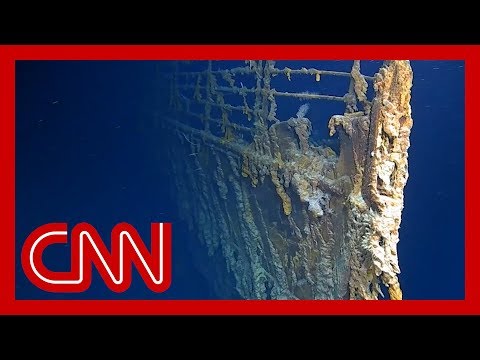