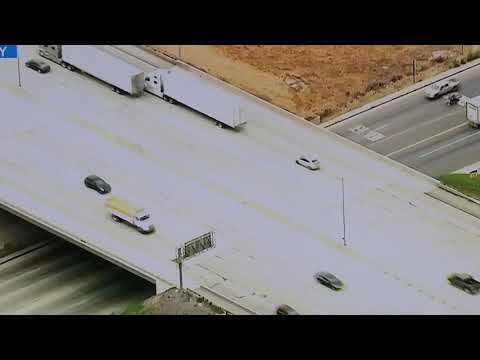 High-speed car chases get about as much live coverage in Southern California as traffic and weather reports. Local news helicopters are near-constantly trolling the skies, so that anchors can breathlessly narrate the latest hot pursuit in real time. But instead of capturing a high-speed chase on Monday, one local station broadcast a man’s riveting stop at a mini-mart -- after its helicopter crew followed the wrong car.

During a high-speed chase in Anaheim, California, a helicopter camera operator for local affiliate KTLA accidentally locked onto the wrong vehicle in the midst of the chaos, and the anchors giving the play-by-play were totally unaware of the mistake. In fact, they missed the actual offender whizzing by and narrated an innocent driver's actions even as he continued down the highway at a normal rate of speed. The reporters only realized the guy was the wrong driver when he casually stopped in a gas station parking lot and walked into a min-mart. Oops.

The whole mix-up is actually kind of understandable. As you can see in the clip (shown above), the actual car involved in the chase (a black Toyota Camry) drove beneath an overpass at the same time as another black sedan (a black Chevy Impala). From above, both cars looked almost identical, which explains why the camera operator got a bit mixed up when the Impala came out ahead of the Camry. The anchors didn't miss a beat and continued to speculate about why the driver pulled into the gas station until it's brutally obvious they had the wrong car.

A clip from the ABC7 coverage of the chase obtained by Jalopnik is even more hilarious, as the two anchors endlessly speculate as to why the driver that got out looks very different than the one they were following.

As for the driver of the Camry (which turned out to be stolen), he evaded police for quite some time, taking them on a chase at speeds up to 125mph for over two hours through three different counties before being apprehended and taken into custody along with his female passenger. Fortunately, no one was hurt.

FYI, there are lots and lots of better ways to see California by car.