Add some free food to your game day spread. 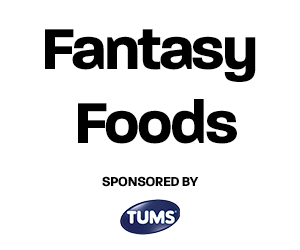 Fortunately, one thing that has changed in the drastically altered world is that you can still load the coffee table with wings, nachos, the tears of Jets fans, and every other game day classic. To that end, we've pulled together all the best deals you're going to find on Sundays during the games this season. That includes deals from restaurants like Applebee's and Chili's to pizza chains like Pizza Hut and Blaze to make sure you're eating like it's an ol' Sunday during the season.

Check out our continuously updated list of the deals below and be well fed as DeAndre Hopkins is playing with Kyler Murray.

Free Food During the NFL Games This Week

Shake Shack
The deal: Take advantage of a buy-one-get-one-free deal on single burgers and chicken sandwiches to start the new year. Use the code "THANKYOU" when you order through the Shake Shack site or mobile app.
When: Through January 3

Wendy's
The deal: Make any purchase at all through the Wendy's mobile app and you'll get a free Breakfast Baconator.
When: Through January 17

Wendy's
The deal: You're going to grab a free Jr. Bacon Cheeseburger when you make any purchase in the Wendy's mobile app.
When: Through January 31

Wendy's
The deal: Grab a free order of Wendy's new Pub Fries with a purchase in the mobile app.
When: Through January 31

Panera
The deal: Sign-up for the My Panera Coffee subscription (usually $8.99 a month) and you'll get three free months. That subscription gets you unlimited coffee while you're subscribed.
When: Sign-up through December 31

Corner Bakery
The deal: It's launching "Free Coffee at the Corner." You don't have to buy anything at all, you're just getting a free coffee in any size when you stop by a Corner Bakery. You're even able to order that freebie online.
When: Daily through December 31

Popeyes
The deal: Get a free three-piece order of chicken tenders when you place your first order through the chain's mobile app.
When: Ongoing

Whether celebrating good times includes a couple of treats or a bowl of teriyaki chicken & rice, you should be able to enjoy whichever foods you like -- without the occasional heartburn that can come with it. TUMS antacids tackle multiple symptoms at once, allowing you to focus on your course and company.

Arby's
The deal: Nab five roast beef sandwiches for $10 right now.
When: Just for a little while

Quiznos
The deal: Get free delivery when you order through Uber Eats and hit the $10 order minimum.
When: Through February 20

Dunkin'
The deal: To introduce its new Extra Charged Coffee—it has 20% more caffeine—to the world, you can get a medium for $2.
When: Through January 26

Popeyes
The deal: Grab a Rip'n Chicken box for $6, which includes a chicken breast filet, two sides, sauce, and a drink.
When: For a bit

Pizza Hut
The deal: To celebrate its Stuffed Crust Pizza (and counter a rival launching its own version), you can grab a large, three-topping Stuffed Crust pizza for $11.99.
When: A limited time

Little Caesars
The deal: Get your pizza delivered and you'll get $5 off your order. It doesn't matter what's in your order. Though, it has to be your first time ordering delivery through LC and you need to use the code "TRYDELIVERY1."
When: Through January 31

Pieology
The deal: Pieology is celebrating National Pizza Week with free crust upgrades on any order as long as you've downloaded the Pie Life Rewards app or are an existing Pie Life user.
When: January 10-17

BJ's Restaurant & Brewhouse
The deal: Use the code "HALFOFF" on Tuesday through Sunday to get half-off the price of a large pizza when you order online. On Mondays, you can get half off a Deep Dish or Tavern-Cut Pizza, but it's the deal of the day and you don't need to use a code.
When: Ongoing

Grimaldi's
The deal: There's a new $25 meal deal that you can get for carryout. It comes with an 18-inch traditional cheese pizza, a small house or Caesar salad, and your choice of a slice of cheesecake or two mini cannolis. Unfortunately, it's not available at locations in New York, New Jersey, or Connecticut.
When: Ongoing

Hungry Howie's
The deal: Use the code "PICK2" to get your pick of any two items from a limited menu with each item costing just $5.99. The options include pizza, sticks, soda, and cookies.
When: Ongoing

Blaze Pizza
The deal: Order online to get two large two-topping pizzas for $22. That's so many twos.
When: Ongoing

Blaze Pizza
The deal: Get free delivery through Postmates if you hit the order minimum of $15.
When: Ongoing

Round Table
The deal: The large Double Play Pepperoni Pizza is $19.99 for a whole lot of pizza and little red circles.
When: Ongoing

Ike's Love and Sandwiches
The deal: Use the Ike's app to get free delivery anytime this month.
When: Through January 31

Other Food Deals to Order During the NFL Games on Sunday

Wendy's
The deal: Donate $2 to the Dave Thomas Foundation to get a key tag that will land you free Frostys for an entire year.
When: Buy through January 31

McDonald's
The deal: Use the McDonald's mobile app to get a 20-piece order of Chicken McNuggets for $4.99. You can use the deal once per week for as long as it's running. Though, there's no listed expiration date.
When: Ongoing

Burger King
The deal: Use the BK mobile app to grab a free kids meal with any purchase.
When: Ongoing

Applebee's
The deal: Order an entrée, and you can add one dozen Double Crunch Shrimp for just a buck.
When: "For a limited time"

Quiznos
The deal: Get four meals for $29.99. The family meal comes with four 8-inch subs, four bags of chips, and four cookies. Use the very memorable code "8026."
When: Ongoing

Taco Cabana
The deal: If you work in a restaurant, hotel, food service industry, grocery store, big-box store, or drugstore, you can get 50% off your order when you purchase while wearing a uniform or show an ID.
When: Ongoing

Starbucks
The deal: Order delivery through Uber Eats and you'll get a $0 delivery fee. (Though, there will likely still be an order fee involved.)
When: Ongoing

Olive Garden
The deal: The pasta chain is now offering alcohol delivery with $15 bottles of wine, $10 six-packs, and $3 White Claws. You have to order food to get alcohol, and the deal is only available where local laws permit.
When: Ongoing

Here's our huuuuuuuge running list of all the free food you can get right now, as well as the best pizza deals, reward programs, birthday freebies, gift card offers, deals on food for kids, food delivery offers, and alcohol delivery deals you'll find. If you want a little more than, say a free taco, we also have you covered with a long list of meals you can get at fast food chains under $5. You're welcome.

Additionally, we've put together a list of places offering free food to healthcare workers and first responders during the COVID-19 outbreak.