Don't get spoiled. Just because this is the third timein nine days that the Northern Lights might hit the United States doesn't mean you should get used to it.

In total, there have been seven flares since September 4, all stemming from a sun spot known as Active Region (AR) 2673. These solar events trigger a series of events that lead to geomagnetic storms on Earth, and beautiful auroras twinkling off your eyes. In fact, last week the sun unleashed its most powerful solar flare in over a decade, making it the most powerful flare of the current solar cycle. 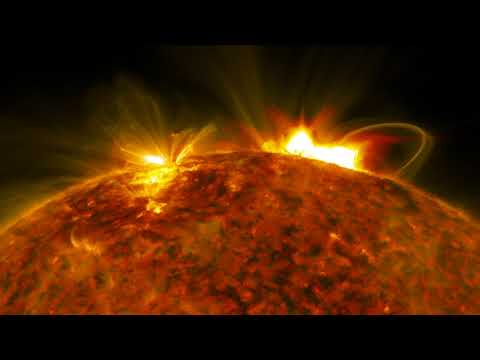 Sunday, the sun produced the seventh of those flares. It was an X-8.2 flare, slightly less powerful than last week's monster, but powerful nonetheless. Its coronal mass ejection (CME) is projected to reach Earth on September 13, producing another potent evening of the Northern Lights. The celestial display might be seen further south than you generally find it. Take a look at the below map from the Space Weather Prediction Center (SWPC) that gives a sense of the odds of seeing the Northern Lights where you live.

Additionally, a coronal hole high-speed stream is aiding conditions for a vibrant aurora Wednesday. (For sky gazers, it simply means there are multiple conditions creating a great opportunity to see the Northern Lights.)

To know if the aurora is poking out in real time, check the SWPC's 30-minute aurora forecast site or try Aurorasaurus.

And remember that this won't usually happen quite so frequently. The 11-year solar cycle is approaching solar minimum, where solar activity is at a, well, a minimum. That means less fuel for the aurora, so to speak. The recent flurry of solar activity is not expected to last forever. This is still special, and absolutely worth trying to see at some point.