Here, Watch a Bunch of People Fall on Those Hoverboards Everyone Makes Fun Of

First of all, these things aren't hoverboards. They don't even hover. I don't know why people call them hoverboards, since they "hover" just as much as a two-by-four on shag carpeting. Second of all -- they are unbecoming to anyone over the age of 13. Except if you are Missy Elliot, apparently -- but she pulls off wearing a garbage bag.

It's like having an LED-lit Fedora strapped to your legs.

So, to assuage your anger over the plague of so-called hovering that has invaded malls, streets, schools, and probably some synagogues, we present a compilation of people biffing it on said non-hovering boards. It's gloriously pertinent and chock full of delicious Schadenfreude. Let's cut to the tape: 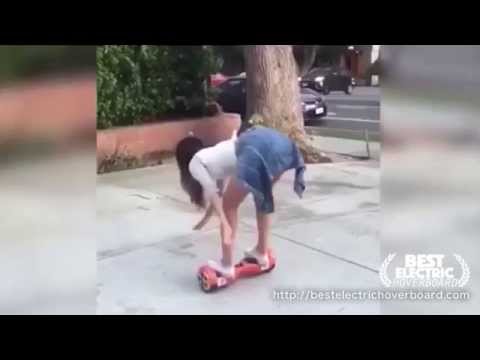 Thankfully, no one was harmed during the making of this video.

Oh, except for all those people who fell -- they actually look like they're badly hurt.

Wil Fulton is a Staff Writer for Thrillist. He has fallen on one of this before, but no one taped it. Follow him @wilfulton