Planters Killed Mr. Peanut. His Service Will Be Held During the Super Bowl. 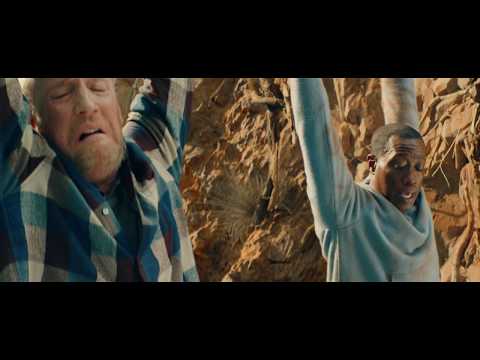 On Tuesday, January 21, 2020, Bartholomew Richard Fitzgerald-Smythe (otherwise known as Mr. Peanut), loving anthropomorphic legume dressed as an old-fashioned gentleman, passed away at the age of 104.

Mr. Peanut came to represent not only Planters but the entire peanut industry, and his influence extended far beyond the bounds of consumerism, even leaking into politics, as was demonstrated when artist Vincent Trasov dressed as Mr. Peanut and ran for mayor in the 1974 Vancouver civic election. Mr. Peanut was also the face of other capitalist enterprises -- for example, near the end of his life even got his own peanut-flavored IPA.

On January 22, Planters killed him via Super Bowl commercial teaser. In the video, Wesley Snipes, Matt Walsh, and the deceased hung from a branch over a cliff that could only hold the weight of two. The humans fought over who should sacrifice themselves, but Mr. Peanut seemed to understand more than the two actors that he was simply advertising logo taken too far, for he promptly winked and released his grip.

"It’s with heavy hearts that we confirm Mr. Peanut has passed away at 104 years-old,” Samantha Hess, Planters brand manager at Kraft Heinz, said in a press release. “He will be remembered as the legume who always brought people together for nutty adventures and a good time. We encourage fans to tune in to Mr. Peanut’s funeral during the third quarter of the Super Bowl to celebrate his life.”

Let us celebrate Mr. Peanut's life by sharing our favorite memories on Twitter or Instagram with the hashtag #RIPeanut. According to the press release, you can attend Mr. Peanut's funeral by watching Super Bowl LIV on Sunday, February 2 and, if you spot the Nutmobile before the game, you can also receive a commemorative pin celebrating Mr. Peanut's life.