Sony Officially Unveiled the PS5, and It's Stunning

Sony also unveiled a big pile of games that will come with the release.

The long-awaited PS5 reveal finally arrived during a live-streamed event on June 11.

The next-generation PlayStation console features 4K Ultra HD Blu Ray support, real-time Ray Tracing, 3D audio, ultra high-speed SSD, and the new controller that was unveiled in April, per Gizmodo. The specs have a lot of similarities to the Xbox Series X that will be released later this year. Though, Sony's two-tone design is a departure from Xbox's plans and the PS4.

The design almost more in common with the Sydney Opera House than obelisk-like Series X. If you watch the teaser, it'd be fair to assume that it may also have been formed out of goth Dippin' Dots. Importantly, the PS5 will come in two varieties. The standard model comes with a Blu-Ray drive, while a Digital Edition is more streamlined. 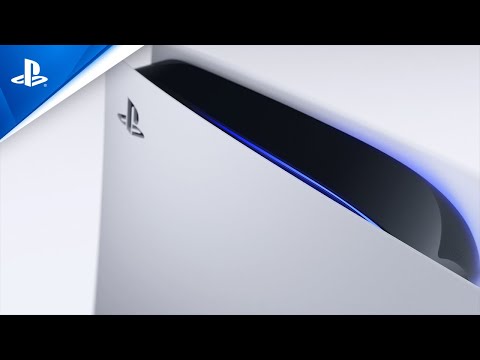 "With PlayStation 5, we are making a significant leap to deliver a truly new generation of transformative play experiences that will redefine expectations for what games can be," Jim Ryan, President and CEO of Sony Interactive Entertainment, said. "Worlds will be richer and more beautiful, they'll captivate your senses in ways you didn't think possible, and you'll be able to experience them much more seamlessly, with lightning-fast loading."

The unveiling came with previews for a slew of new games and add-ons like a 1080p HD camera for gamers to broadcast themselves, wireless headset with 3D audio and noise-canceling microphone, media remote with a built-in microphone, and charging station for the DualSense controllers. The list of games includes Spiderman: Miles Morales, Gran Turismo 7, Horizon Forbidden West, NBA 2K21, Resident Evil Village, Hitman 3, and others. There will also be an expanded version of Grand Theft Auto V released in the second half of 2021, with the game being made available to PS5 owners for free. Additionally, all owners of GTAV on PS4 will get $1,000,000 in the game every month until the PS5 version launches next year.

While a lot of information was shared, some important details remain TBD. Sony has not revealed how much the console will cost and when it will be released, aside from a promise that it will come out sometime later this year.

Here's a full list of other games that were announced on Thursday.